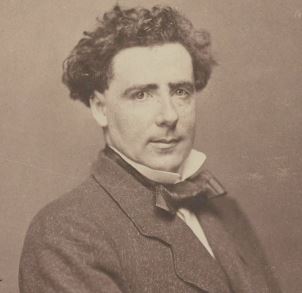 A prolific and highly competent exponent of the animalier school. Auguste Caïn, son of a butcher, works several years as an apprentice with his father. Then he was introduced to sculpture in the workshop of Alexandre Guionnet, a woodcarver, and then of François Rude (1784-1855). Like Antoine-Louis Barye a few years earlier, he studied animal anatomy by drawing in the Jardin des plantes in Paris.

He began exhibiting at the Salon in 1846 with a wax group warblers defending their nest against a dormouse, which has now disappeared, but was later cast in bronze and presented at the 1855 Salon. During the 1840s and 1850s, in addition to carving small animal figures, he also created decorative objects with animal motifs, such as matchboxes, cups and candleholders.

His greatest influence came from P.J.  Mène, whose daughter he married in 1852. This was in the tradition of Paris craftsmen who would marry their mentor’s daughter or indeed widow, in order to continue the workshop or business with ease. He worked in his father-in-law's foundry for most of his casts. Larger works were cast  by Barbedienne. He chiselled his bronzes himself to a high standard that can readily be seen in his bronzes.

The most famous works of Auguste Caïn represent large carnivores with their prey, sometimes during a fight. He concentrated a great deal on animals in their natural habitat, both carnivores and a wide range of domestic and farmyard animals. Often depicting them with a rather 'tongue in cheek' flavour, creating a character for each animal. His work always conveys great realism, not so much in the formation of bone and tissue, which, nevertheless, was highly competent and well finished with a sometimes almost impressionistic feel, but in the detail of his bases, which would often include a rat or a parsnip and rarely only a token blade of grass.

From the 1860s, recognized as an animal sculptor, Auguste Caïn began to receive official commissions. Among them, monumental sculptures still in place in the great Parisian gardens. The most famous works of Auguste Caïn represent large carnivores with their prey, sometimes during a fight.