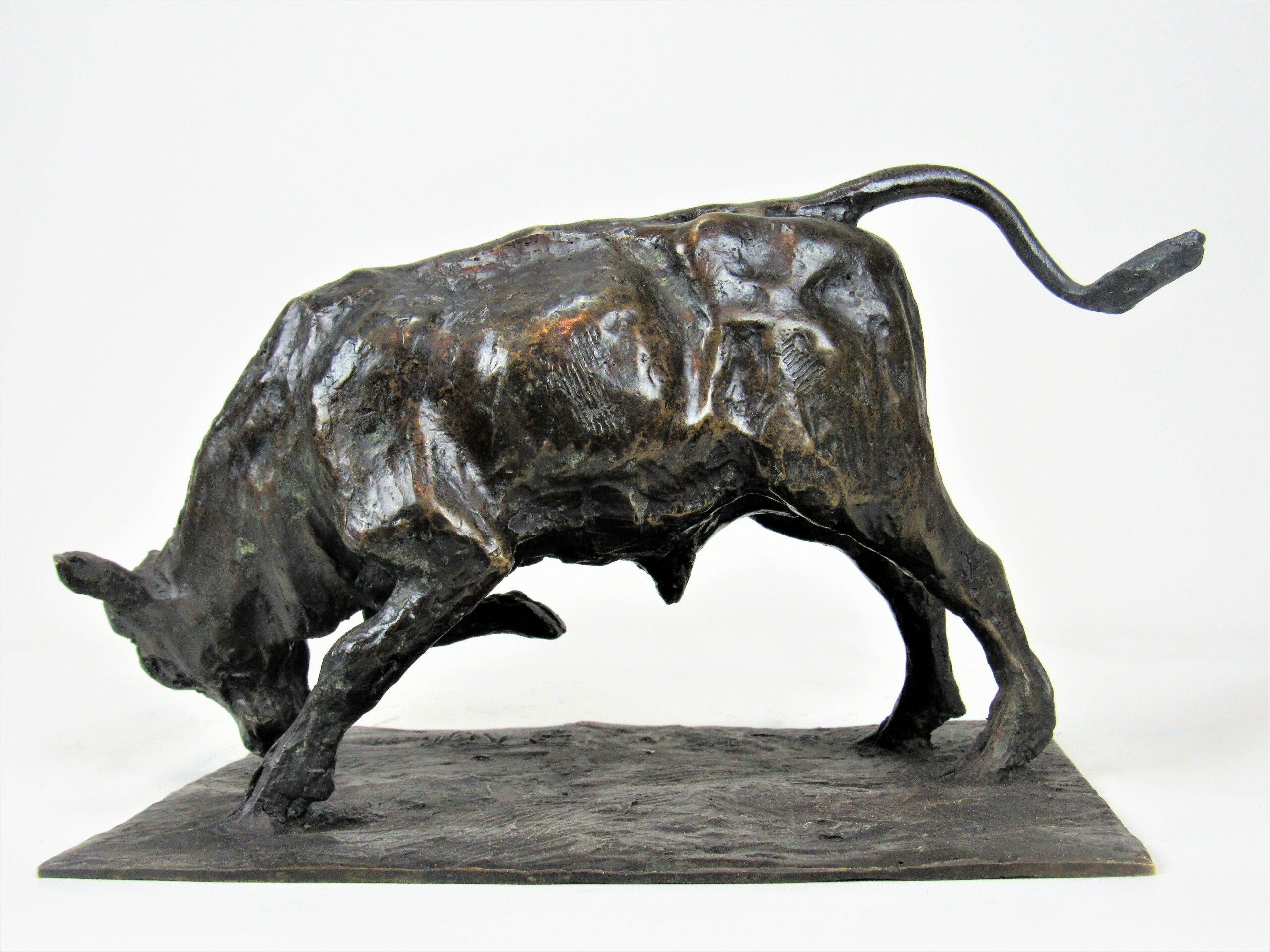 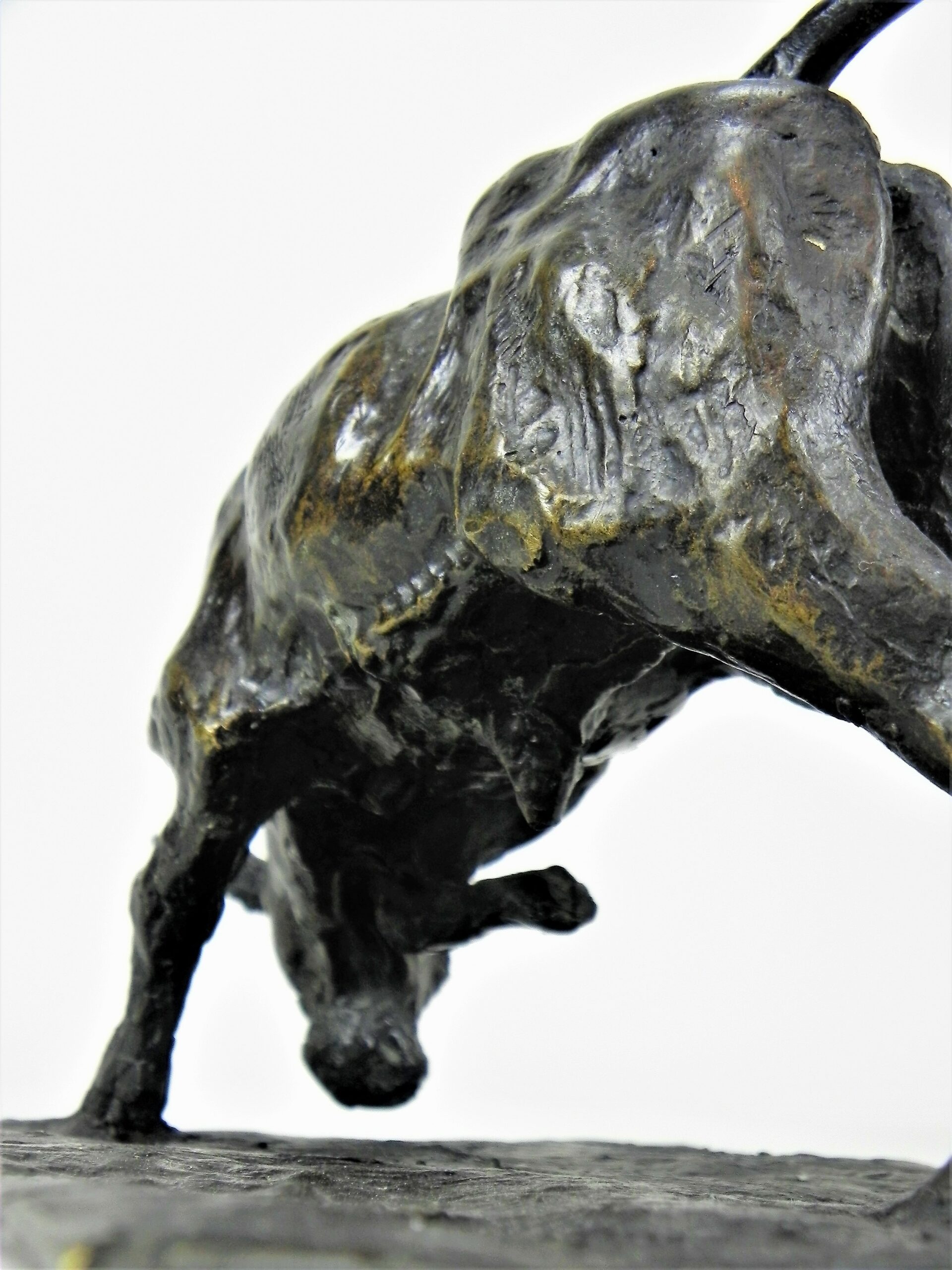 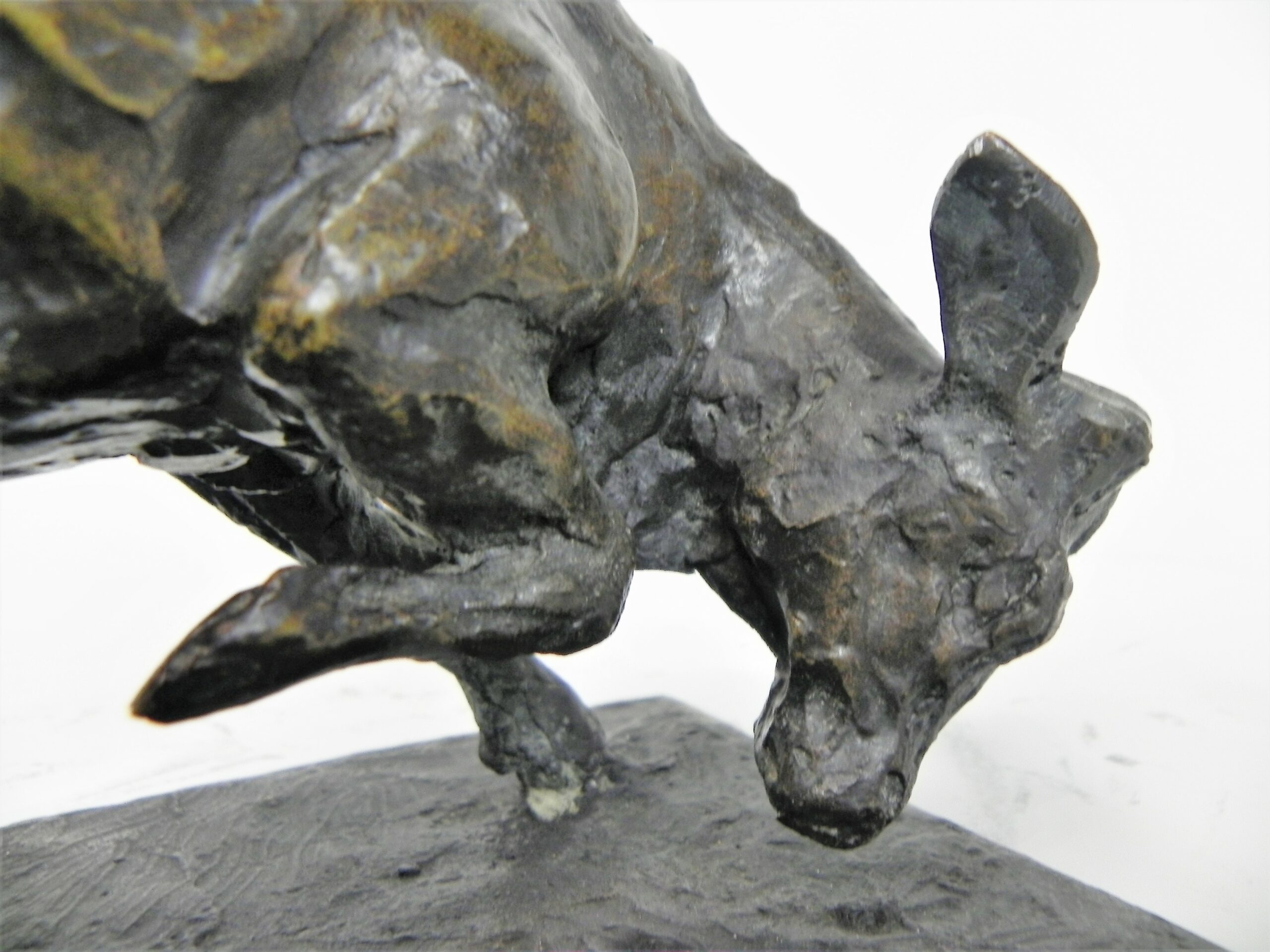 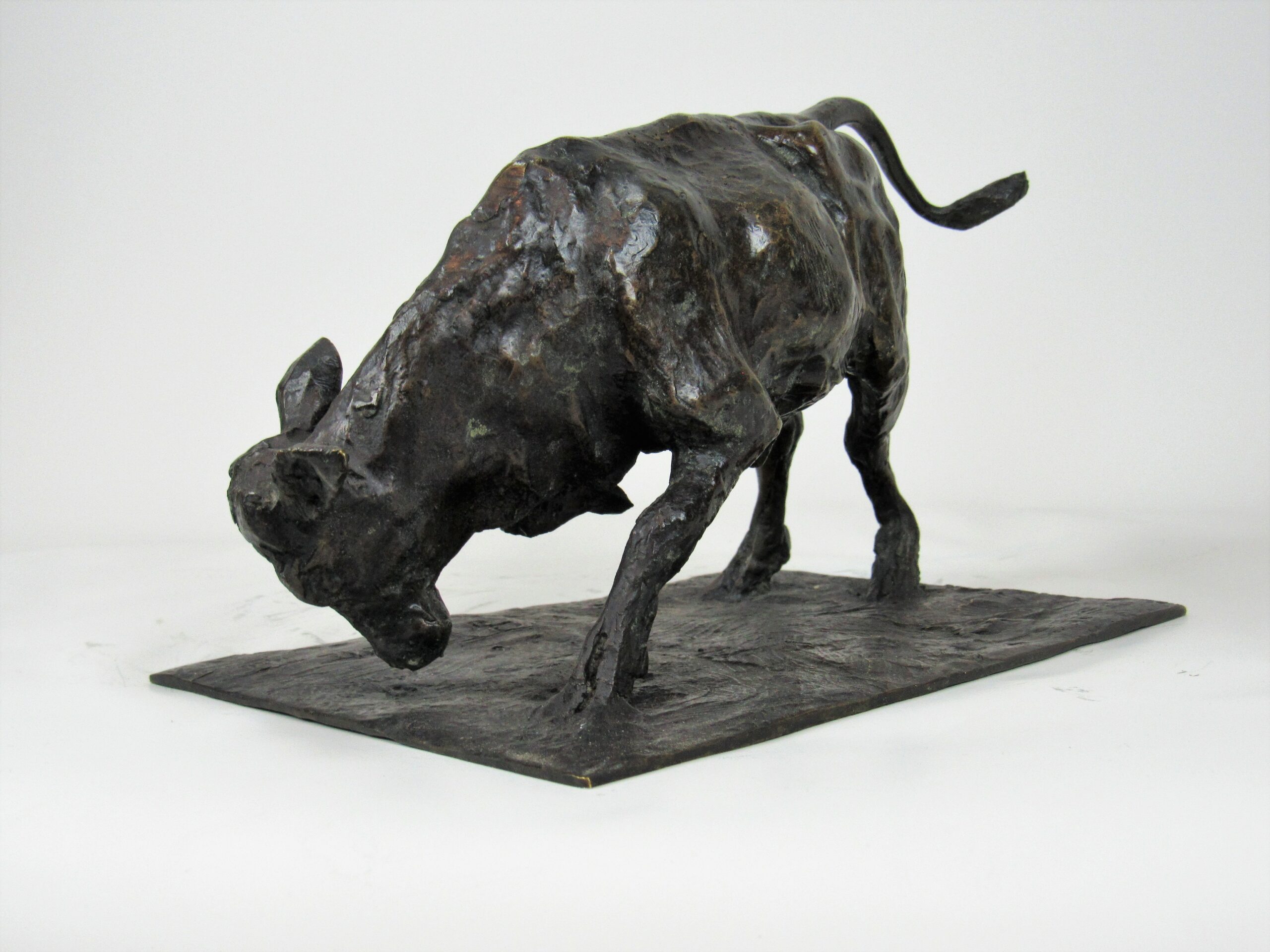 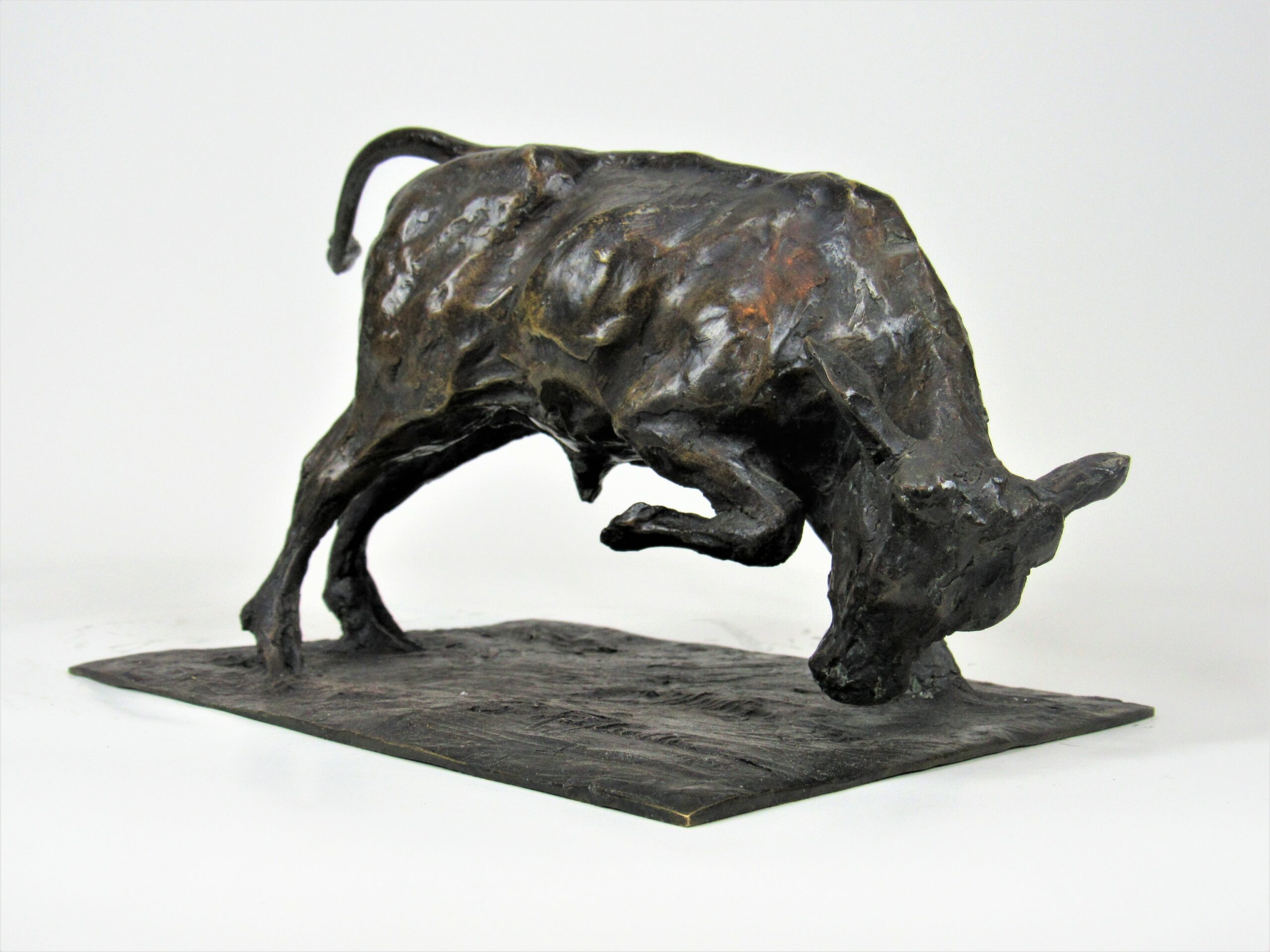 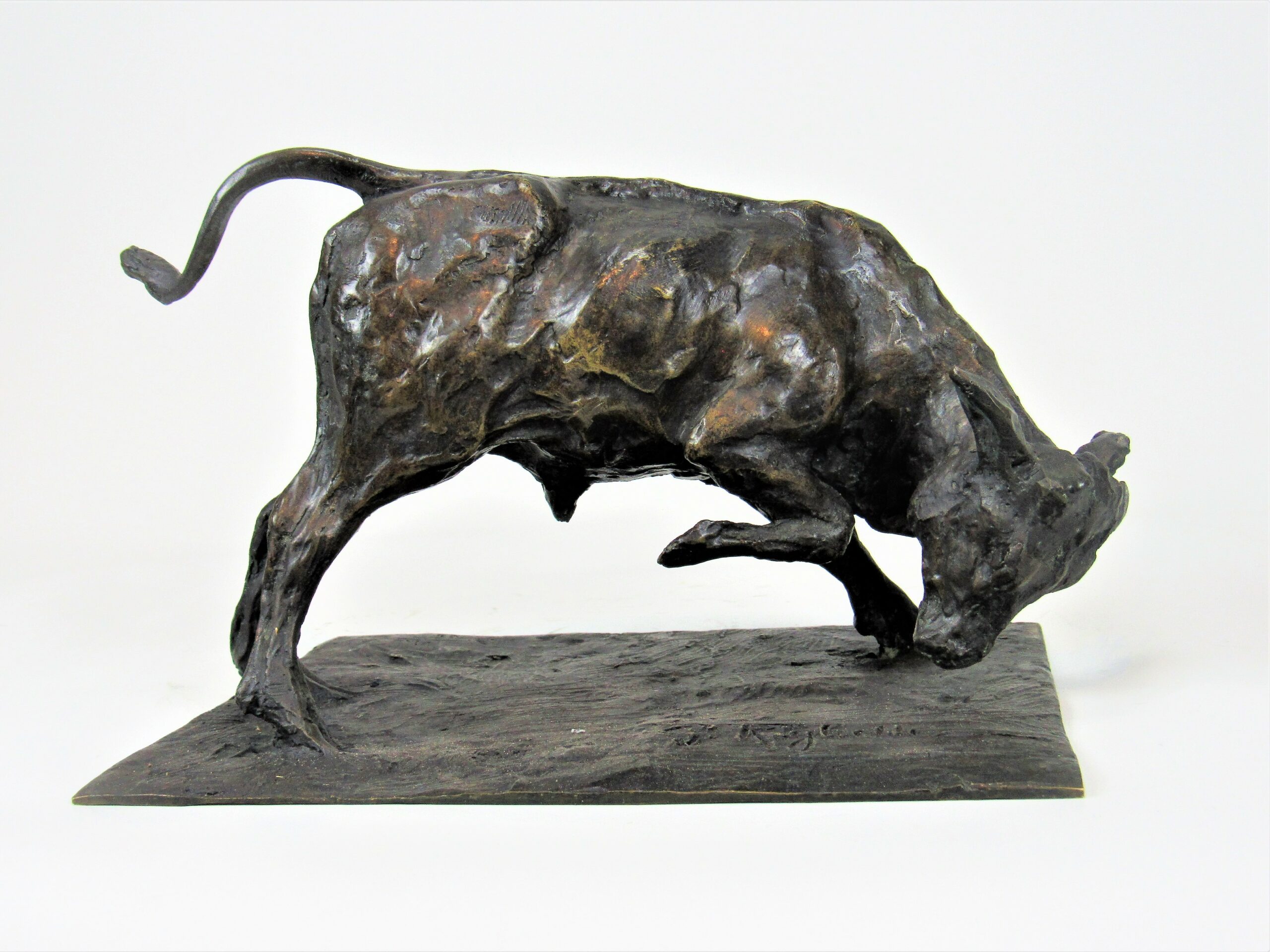 This statue from 1925 by Guido Rigehtti (1875-1958) represents a young bull charging. Originally Righetti created a group of two young bulls. Each animal was later recast as a separate statue. In the catalogue raisonné on page 151, the group of two bulls and the cast of each separate animal are represented. This statue has a dark brown bronze patina with lighter undertones. It is signed G. Righetti and is an old cast that was made during the lifetime of the artist.