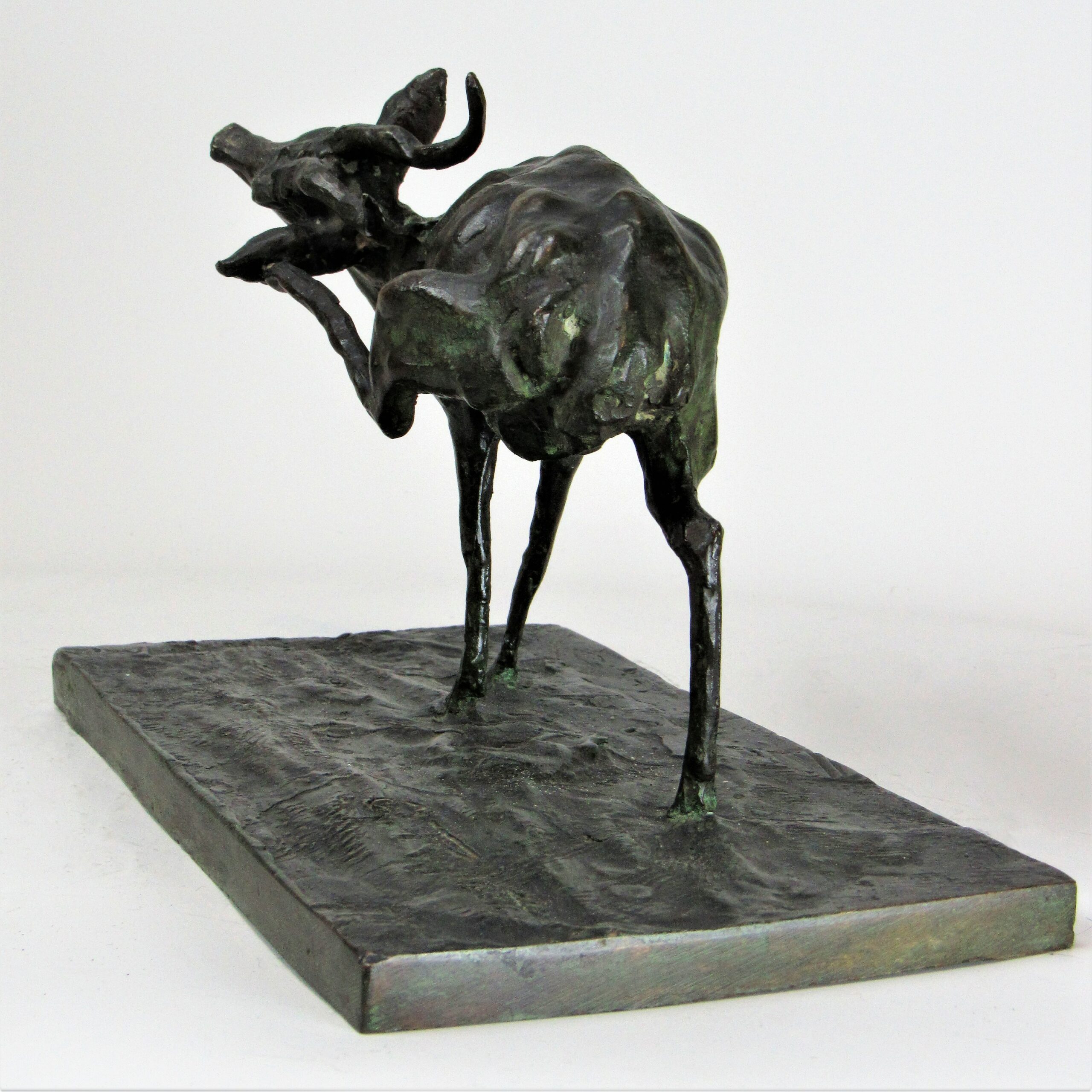 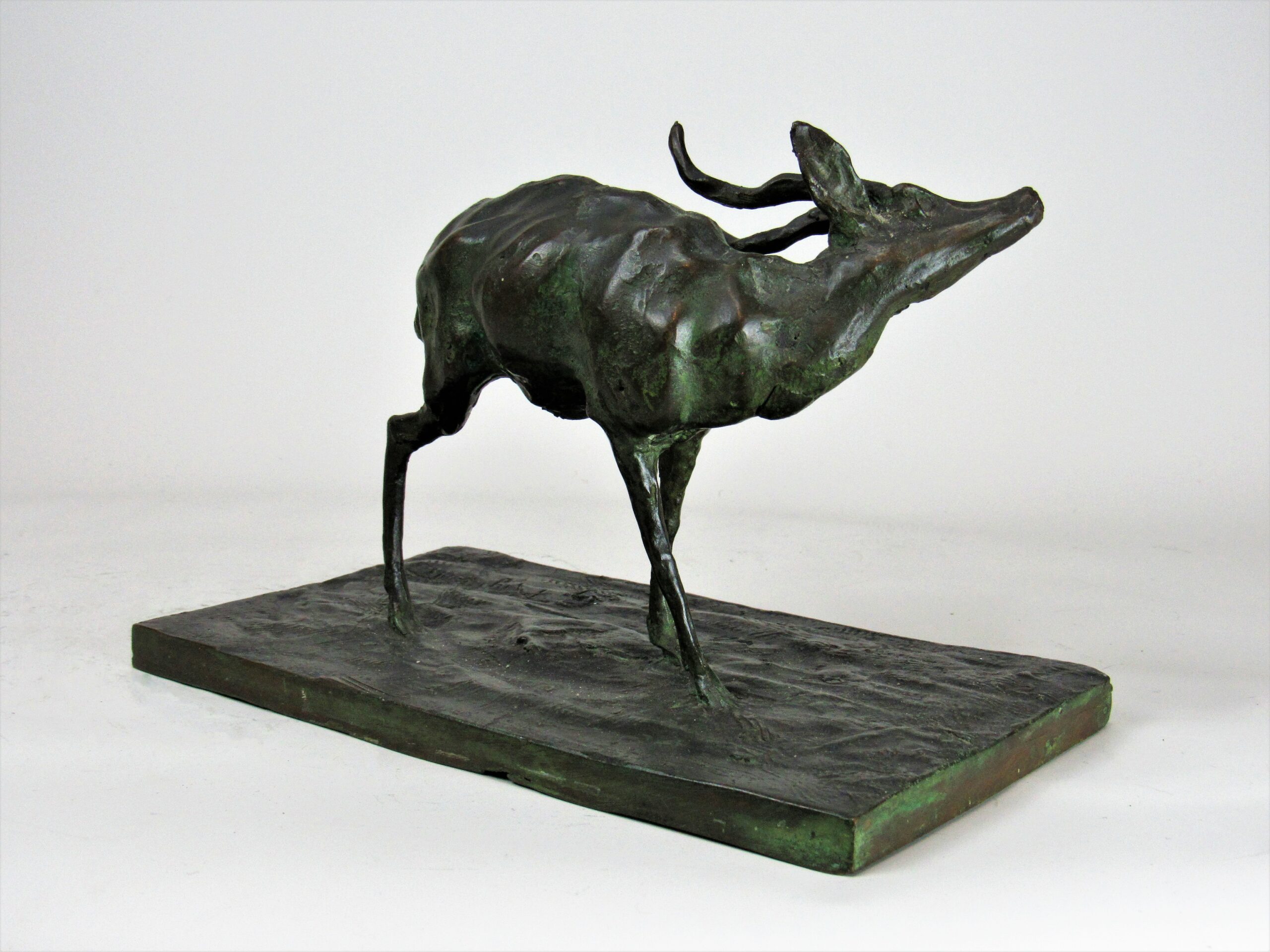 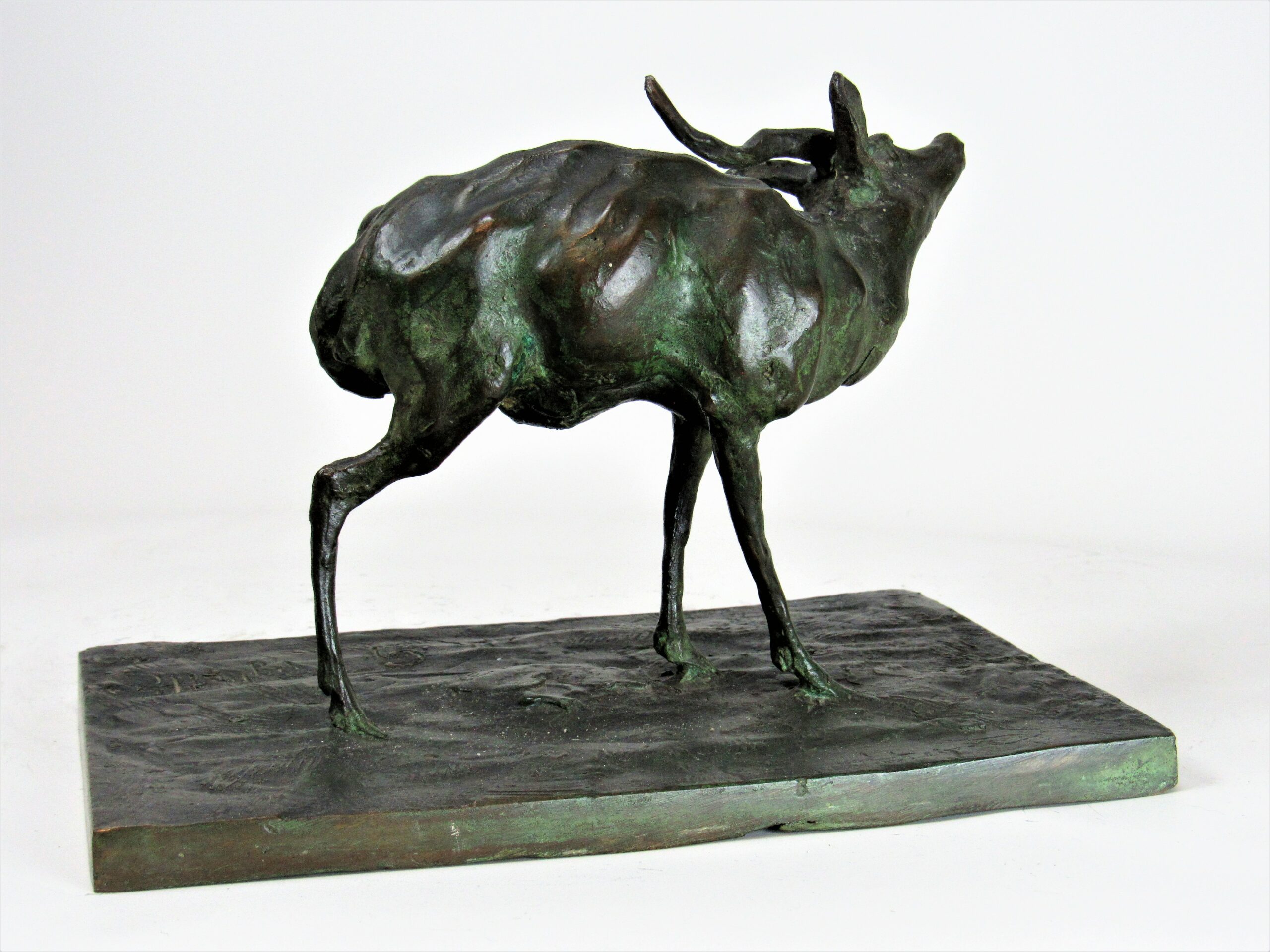 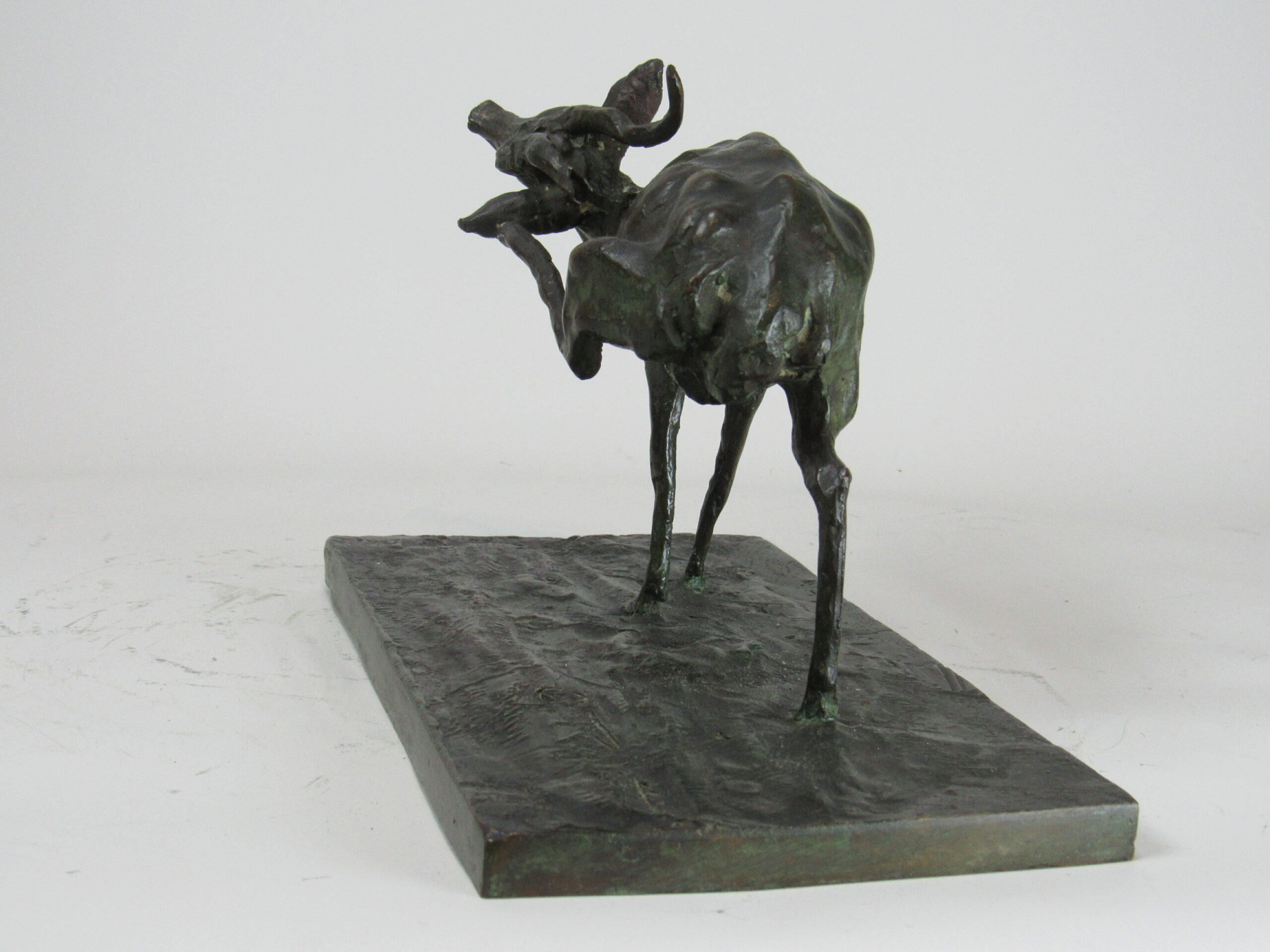 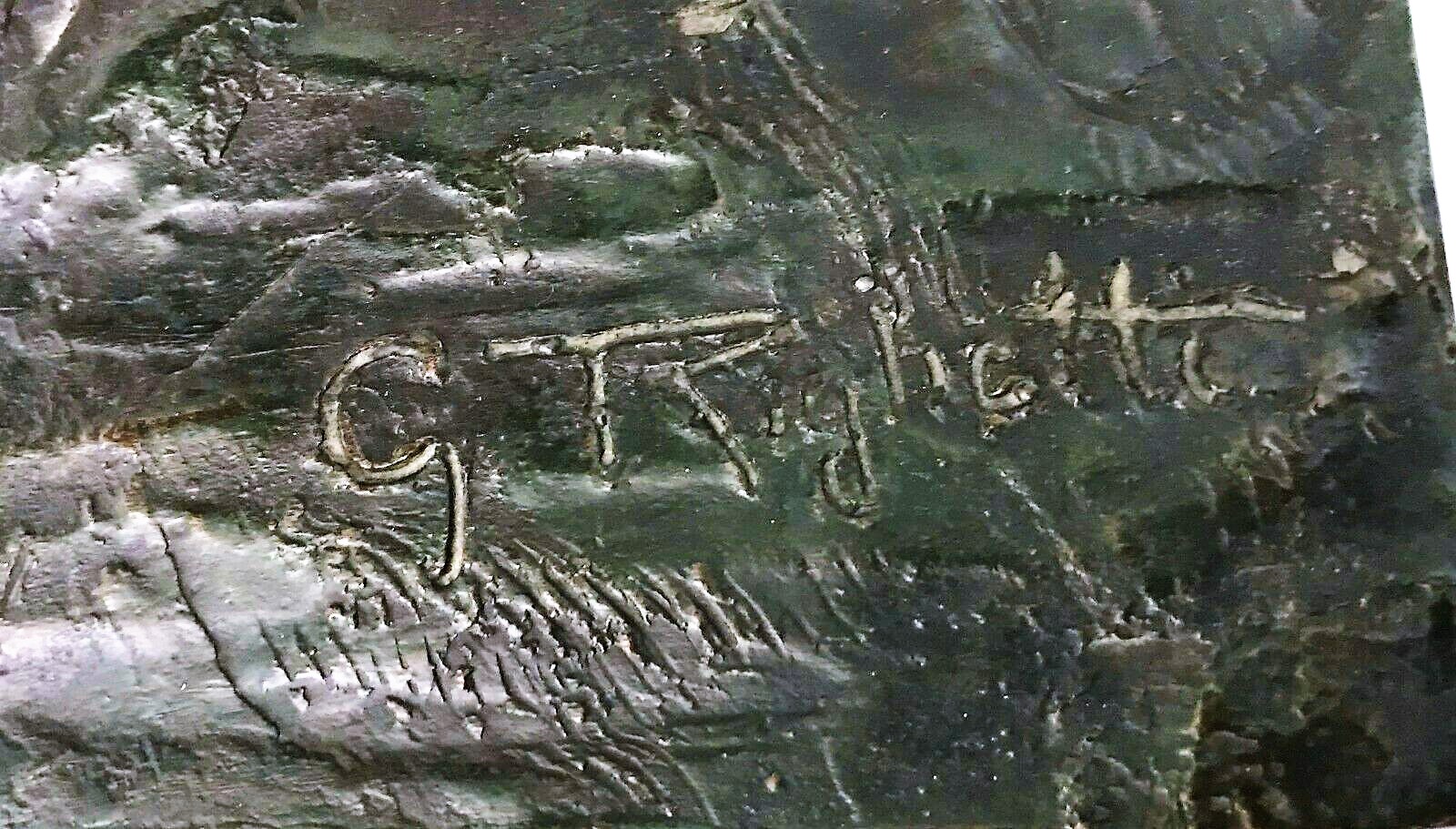 This statue from 1922 by Guido Rigehtti (1875-1958) represents an antelope that is scratching its ear. Guido Righetti continued to rework his statues even when they had already been cast. This is probably the first version of this statue as a slightly different version (with the legs positioned somewhat differently) can be found In the catalogue raisonné on page 33. This cast has a dark bronze patina with green undertones. It is signed G. Righetti and is an old Italian cast which was made during the lifetime of the artist.