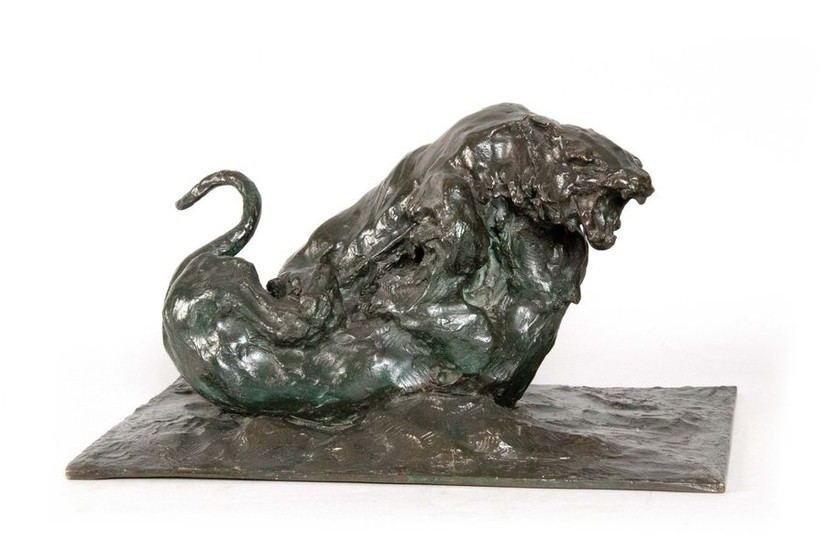 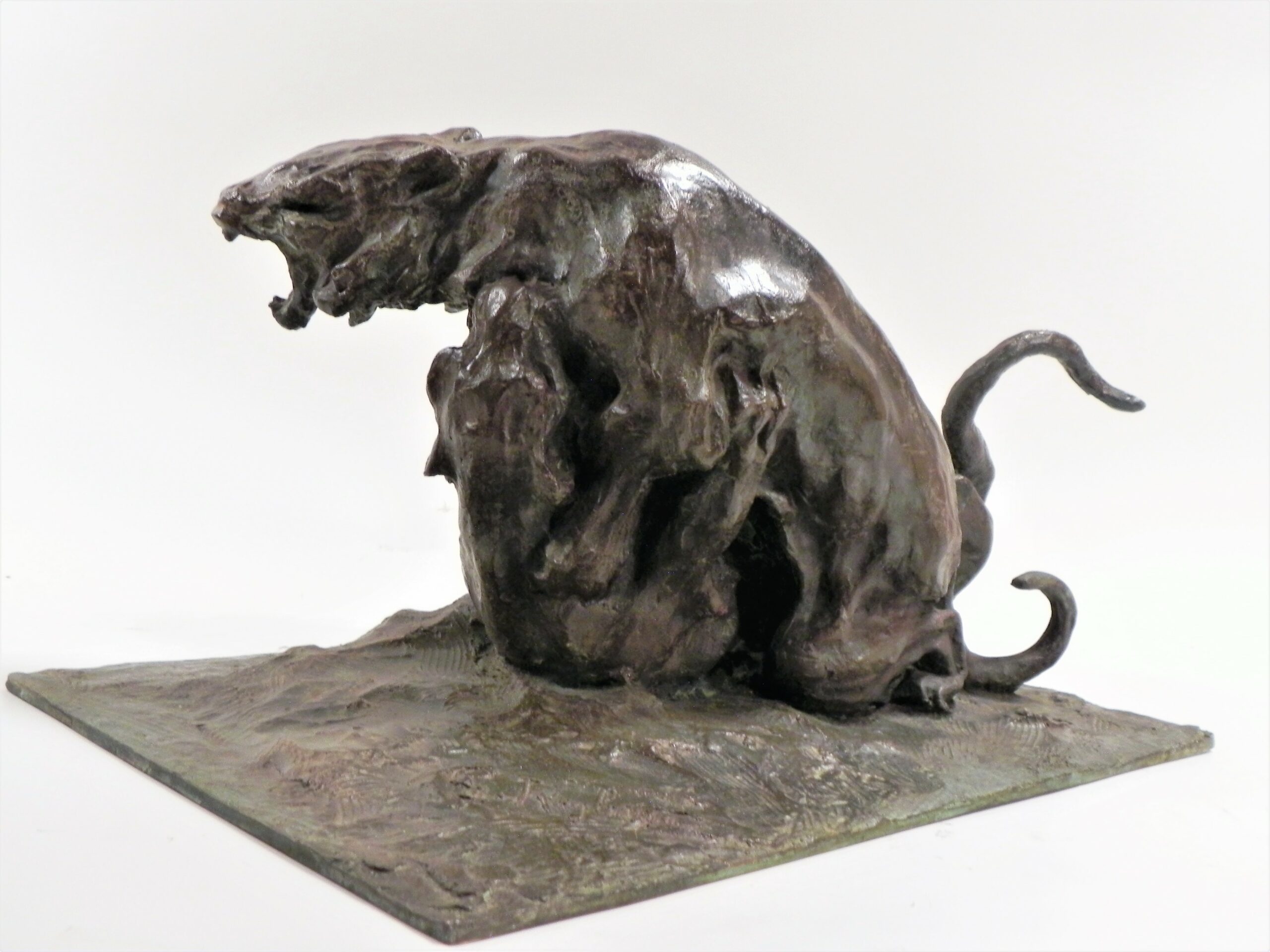 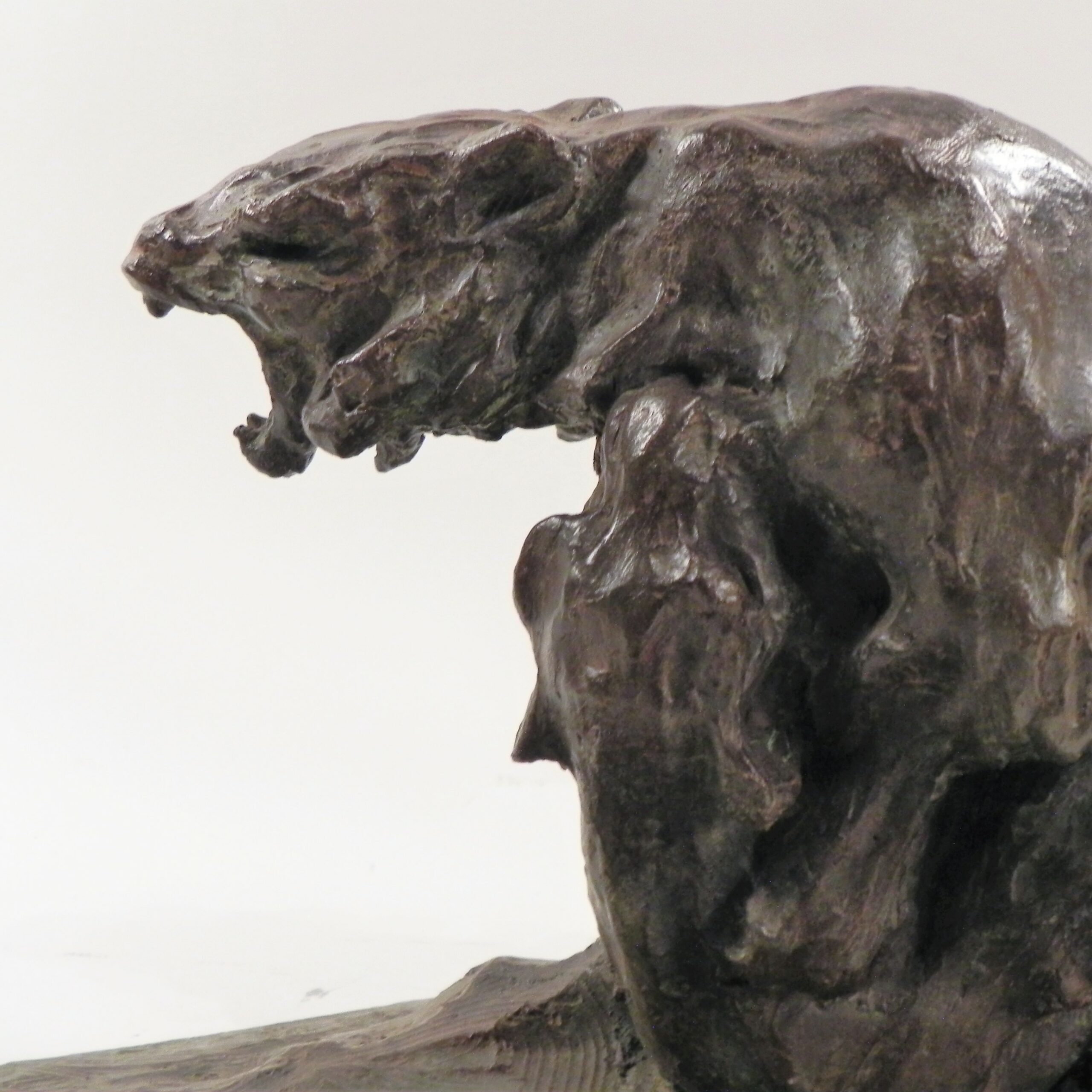 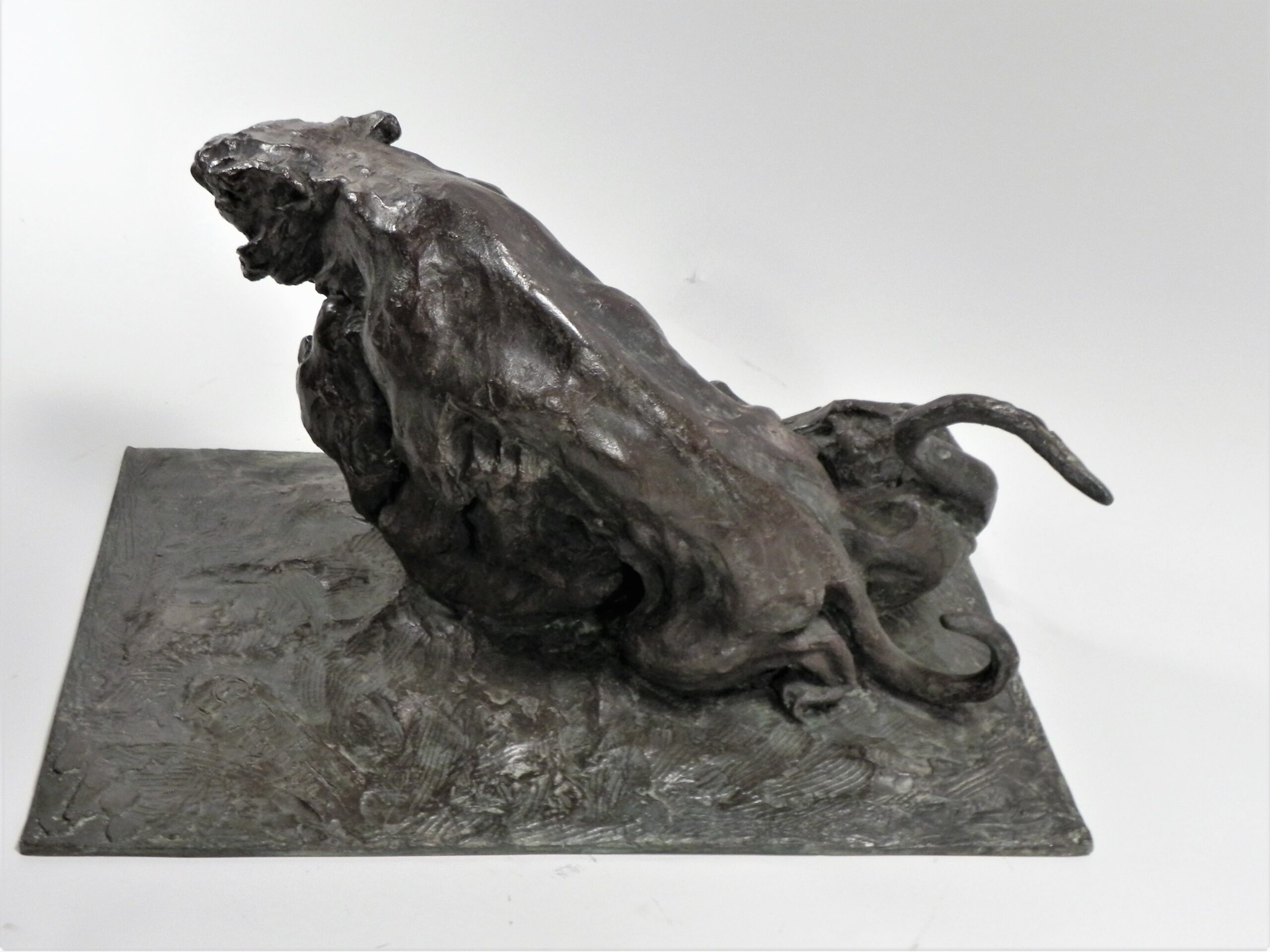 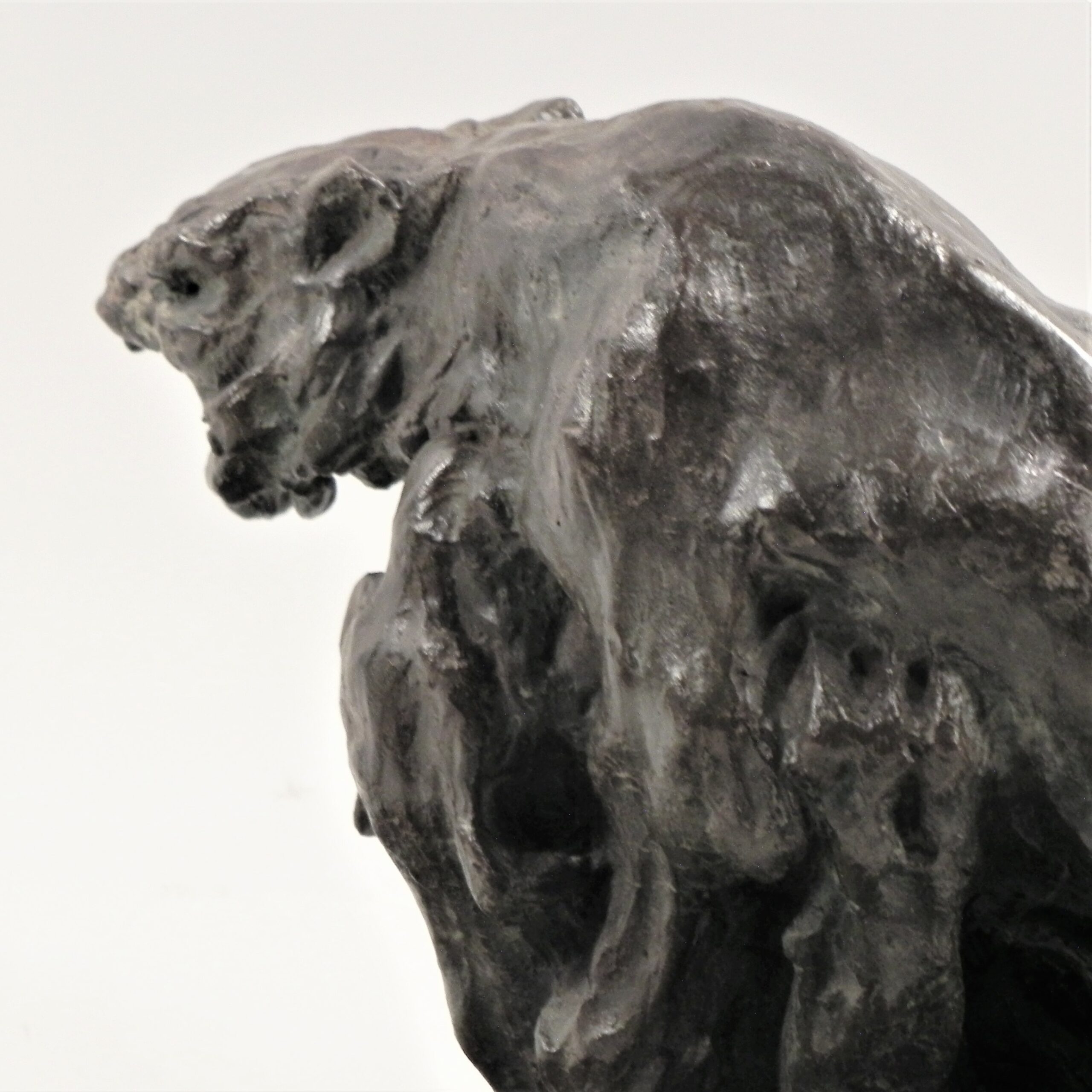 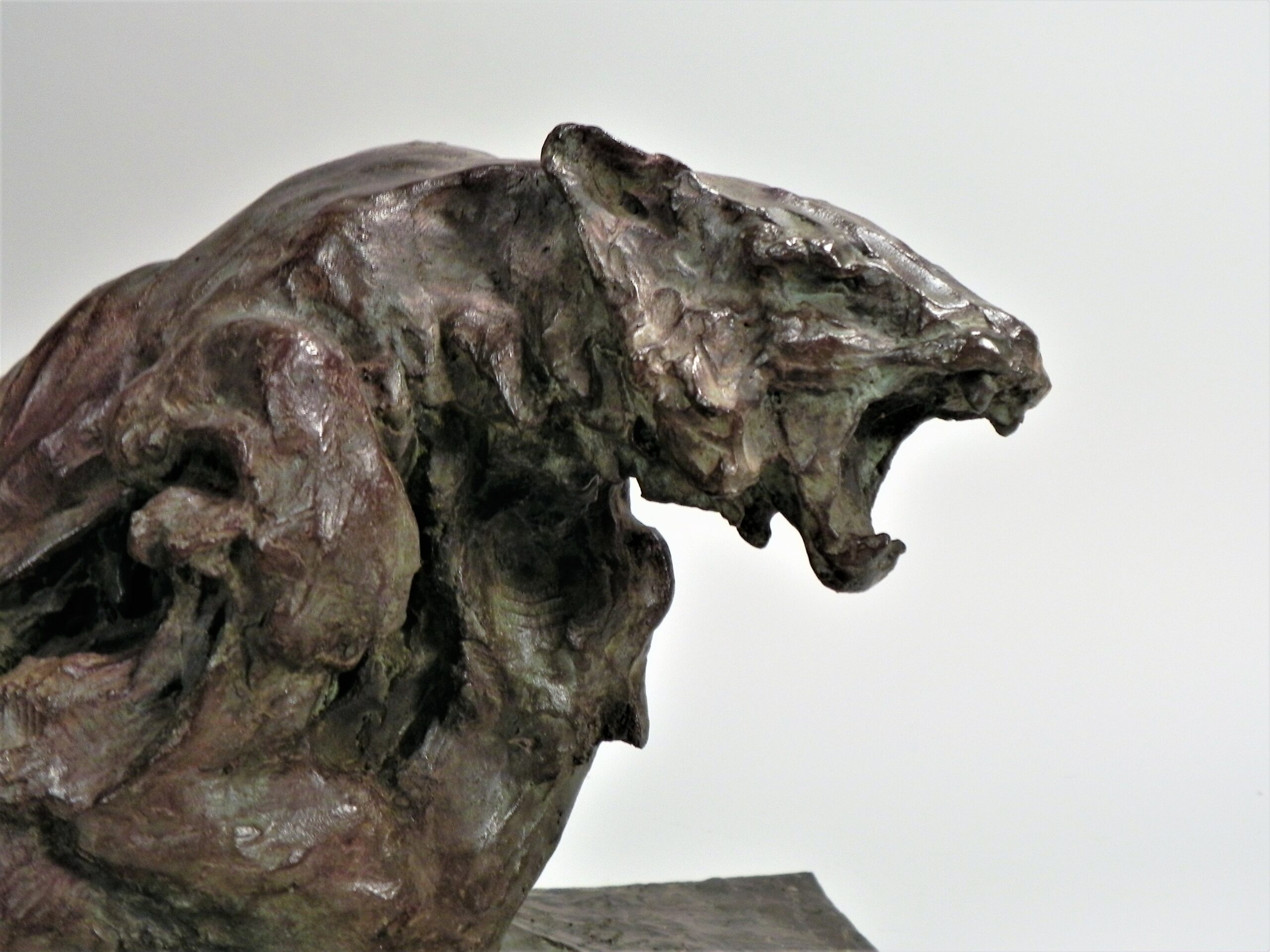 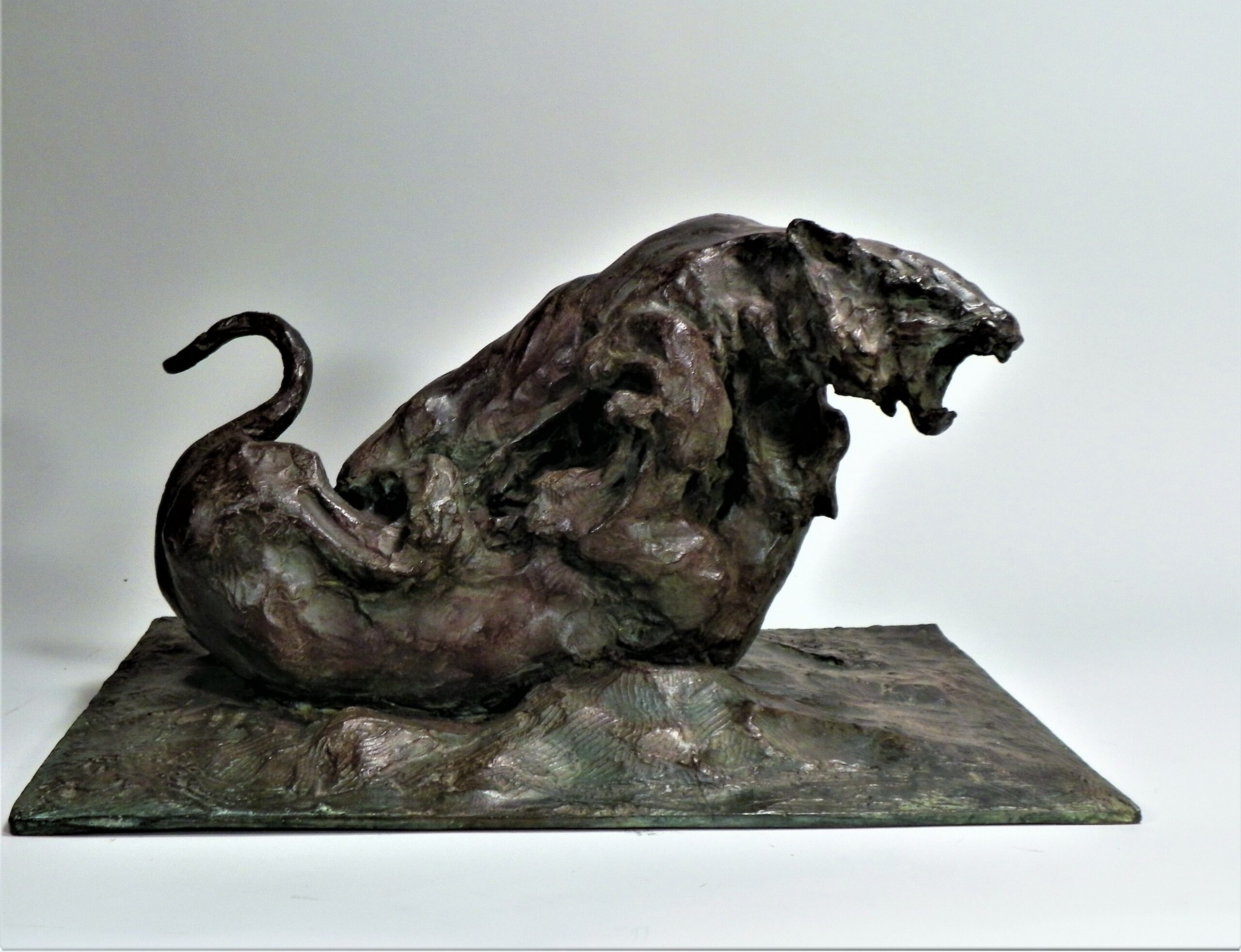 This statue by Guido Rigehtti (1875-1958) represents two tigers in a violent combat. It was originally created in 1919. In total Righetti created three different versions of fighting tigers. This cast in bronze has a brown red patina with green highlights. It is signed. It is an Italian cast which was made circa 1930. See also p 120 Michel Polletti, Alain Richarme. Guido Righetti (1875-1958) Published by UDB 2007.