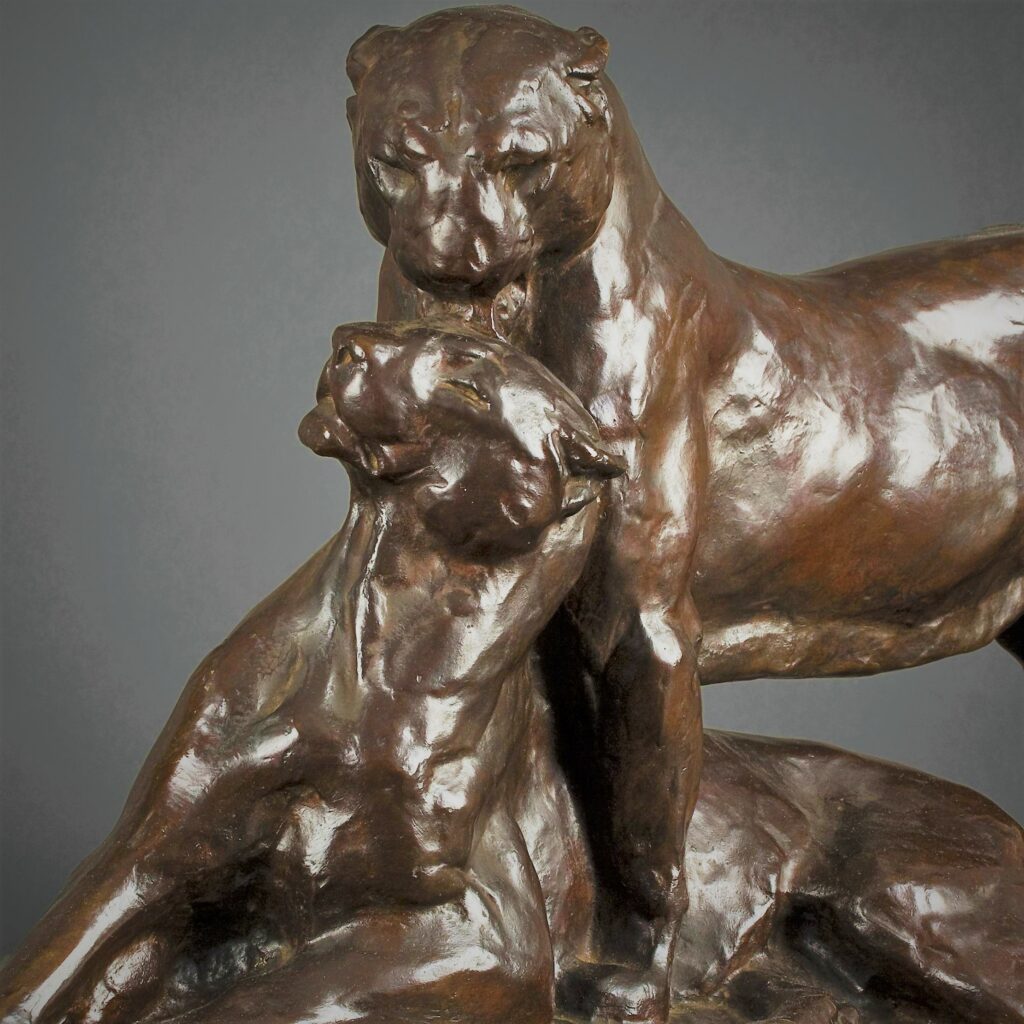 Maximilien Fiot was born in 1886 in Touraine (Le Grand-Pressigny). Fiot began an apprenticeship under the sculptor Prosper Lecourtier, who in turn had studied under Fremiet and had pursued a career as an Animalier sculptor, dogs being his principal speciality. Appropriately, for his first appearance at the ‘Salon des Artistes Français’ in 1904, Fiot exhibited a plaster dog. At this time, he was still only eighteen years old and was leading a very modest existence, living in a tiny house in Nogent-sur-Marne, a village in the countryside just outside Paris, an area much favoured by Impressionist painters. The following year he was awarded a medal of honour. This was followed by a bronze medal in 1911, and a silver medal in 1913.

After the First World War Fiot worked on several war memorials. He continued to exhibit at the ‘Salon des Artistes Français’, becoming a member in the 1920s. Fiot realized birds, horses, dogs, felines and wild animals native to the French forests: these included his group Sangliers and a Faon that he exhibited at the Salon of 1928.

He was a naturalist sculptor, contemporary of Pompon. As such he did not stylize his models but represented them the in peaceful attitudes of their everyday life. His style is modern, dynamic and refined, which sets him apart from other sculptors of his time whose more static works are marked by the Art Deco style. Fiot's bronzes stand out for their observation of movement, giving his subjects striking vitality and resemblance.

The majority of his work was reproduced in bronze, by the Susse foundry using the lost wax process. Some of his earlier bronzes were cast by other foundries. He also cast some original terracotta’s, which were possibly preparatory studies for his stone pieces. He often features animals in pairs or in groups. At the 1933 Salon he won a gold medal, which placed him hors concours, that is, excluded him to compete in future competitions. He continued working until his death in 1953 in Corbeil in Essonne.