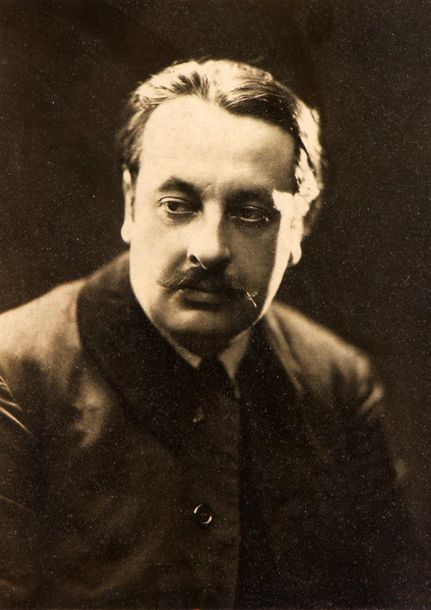 Ary Jean Léon Bitter was born on 29 May 1883 in Marseille to a father of Dutch origin and a French mother. Showing a definite artistic talent from a very early age, he entered the Marseille School of Fine Arts at the age of 12.

In 1902, after winning the triennial competition instituted by the city of Marseille, he was awarded a scholarship which enabled him to enter the National School of Fine Arts. In 1902, he entered the studio of Ernest-Louis Barrias, and then from 1904 onwards, the studio of Jules Coutan, from whom he acquired a solid classical training.

As early as 1910, Ary Bitter exhibited at the Salon des Artistes Français and obtained an honourable mention (l'enfant au chevreau) at his first participation and in 1913 the bronze medal. Continuing his participation in the Salon des Artistes Français, he received the silver medal in 1921 for a Bacchus and the gold medal in 1924 for a stone statue of Diana which would later join the Musée du Luxembourg.

In 1925, Jacques Susse decided to reorganize his gallery on the Boulevard de la Madeleine and to promote contemporary artists. Ary Bitter exhibited alongside Paul Sylvestre, Maximilien Fiot, Roger Godchaux and Georges Guyot. During the inter-war period, Susse edited 29 of his models.

In 1926, he signed a contract with the editor "les neveux de Jean Lehmann" (16 works). The same year, the Manufacture Nationale de Sèvres edited the Diane, followed by more than twenty models, mostly animals, but also nudes. His consecration came when he was declared out of competition at the 1932 Salon, and received the Legion of Honour the same year.

In 1937, Bitter took part in the International Exhibition of Arts and Techniques in Paris, where he exhibited glassware and chamotte stoneware with Bouraine at the Palais de la Céramique, and Herakles, a bronze, at the Palais du Métal with Guyot, Guino and Fiot.

Several of his works are kept in public collections.