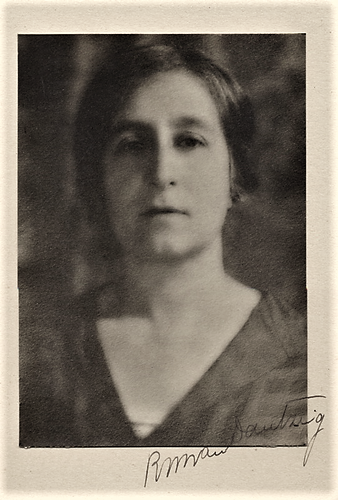 Remarkably little is known about the life and career of Rachel Margaretha van Dantzig, who was a Dutch sculptress, etcher and draughtsman.

Van Dantzig was a daughter of Samuel van Dantzig (1844-1921), a broker in securities, and Adèle Rippe. She studied at the Academy of Visual Arts in Rotterdam and moved to Brussels. No women were admitted to the Brussels Academy yet, so she took private lessons with Professor Charles Van der Stappen. She then moved to Paris, where she studied at the Académie Colarossi.
Van Dantzig was a member of Arti et Amicitiae and a working member of Saint Lucas. She took part in various exhibitions. In 1913, she won the medal 1st class with one of her sculptures. From 1918 onwards she lived and worked in Belgium.