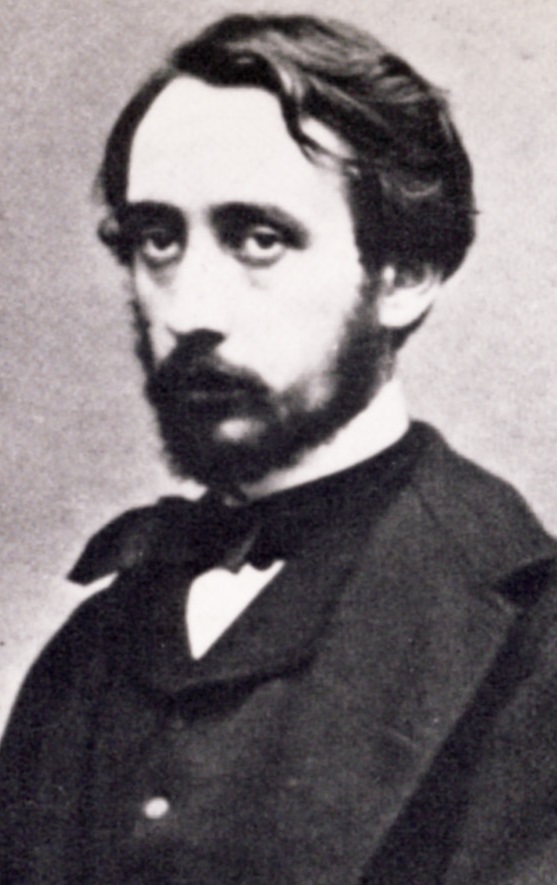 Edgar Degas, in full Hilaire-Germain-Edgar De Gas, De Gas later spelt Degas, (born July 19, 1834, Paris, France—died September 27, 1917, Paris), French painter, sculptor, and printmaker who was prominent in the Impressionist group and widely celebrated for his images of Parisian life. Degas’s principal subject was the human—especially the female—figure, which he explored in works ranging from the sombre portraits of his early years to the studies of laundresses, cabaret singers, milliners, and prostitutes of his Impressionist period. Ballet dancers and women at their toilette would preoccupy him throughout his career. Degas was the only Impressionist to truly bridge the gap between traditional academic art and the radical movements of the early 20th century, a restless innovator who often set the pace for his younger colleagues. Acknowledged as one of the finest draftsmen of his age, Degas experimented with a wide variety of media, including oil, pastel, gouache, etching, lithography, monotype, wax modelling, and photography. Once marginalized as a “painter of dancers,” Degas is now counted among the most complex and innovative figures of his generation, credited with influencing Pablo Picasso, Henri Matisse, and many of the leading figurative artists of the 20th century.

Degas’ sculpture stands outside the mainstream of nineteenth-century French sculpture. He was never interested in creating public monuments and, with one exception, neither did he display his sculpture publicly. The exception was The Little Fourteen-Year-Old Dancer. It was shown in the sixth Impressionist exhibition held in Paris in 1881, but the work has little to do with Impressionism. Modelled in wax and wearing a real bodice, stockings, shoes, tulle skirt, and horsehair wig with a satin ribbon, the figure astonished Degas’ contemporaries, not only for its unorthodox use of materials but also and above all for its realism, judged brutish by some. The Little Fourteen-Year-Old Dancer was not seen again publicly until April 1920. Degas was fascinated by the malleable quality of the wax, and composed many small sculptures of both wax and modelling clay over armatures of wire, cork, wood, and other objects. He seems to have used these sculptures alongside his drawings and photographs to understand the human and animal movement. Created as studies and easily altered, more than eighty wax sculptures of dancers, women bathing, and horses were found in Degas's studio at his death.

The rest of his sculpture remained a private medium, akin to sketches or drawings, in which Degas, limiting himself to a small range of subjects, explored the problems that fascinated him. The human figures often repeat the same subject, each displaying subtle variations in composition or in the dynamics of movement or of muscular tensions within the body. The same painstaking observation went into his modelling of horses. Numerous visits to the racetrack at Longchamp were supplemented by careful scrutiny of photographs.

Upon Degas’ death in 1917, more than 150 pieces of sculpture were found in his studio. Most were of wax, clay, and plastiline. Nearly all had reached various stages of deterioration. Degas’ heirs were in disagreement about a great many things, but by 1918 they had decided to authorize a series of casts, or editions, of bronzes to be made from seventy-two of the small figures, to be executed by the Paris foundry of A.-A. Hébrard et Cie.

The actual casting of the bronzes was chiefly the work of one of Hébrard’s employees, Albino Palazzolo (1883–1973), who was entrusted with the difficult process of making casting molds of the delicate original sculptures without destroying them. The master models were completely unknown until 1955 when Palazzolo revealed their existence and explained their function, began appearing on the market in the early 1970s. The sculptures on offer by Thomas Butes have been cast using another original set of master models in plaster which were owned by the Valsuani foundry and which were used after 1998 to cast a limited edition, approved and certified by the Degas Committee.

For more information on the different casts and editions, we can refer you to an excellent article (Posthumous Bronzes And The Plasters From Which They Were Cast: A Case Study On Determining Authenticity Based on Physical Evidence by Walter F. Maibaum) which can be downloaded via http://www.degassculptureproject.org