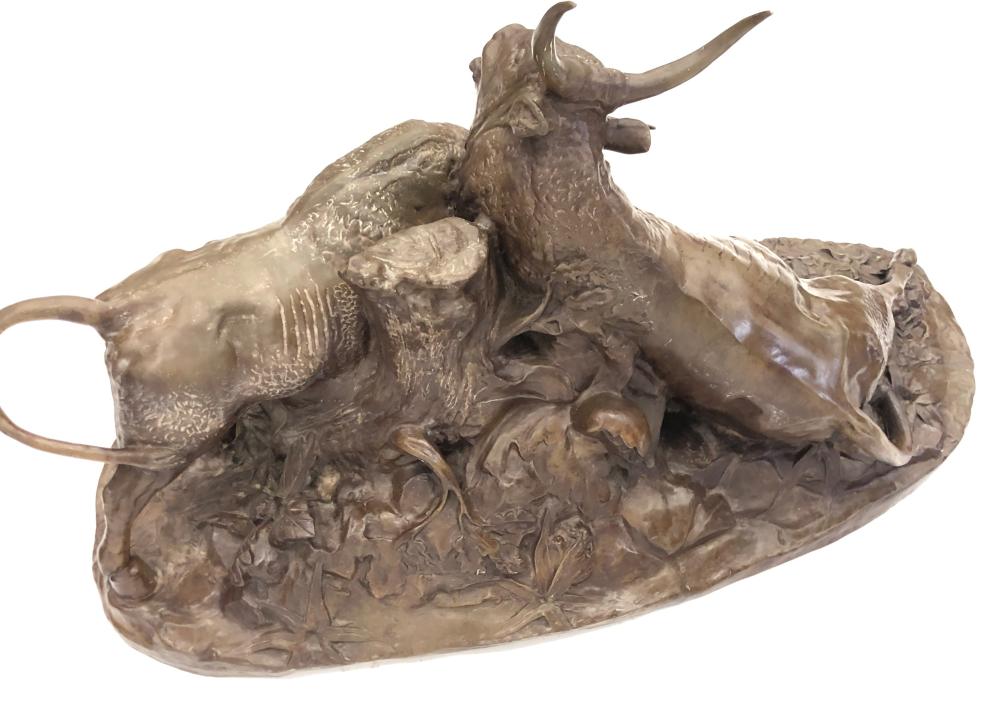 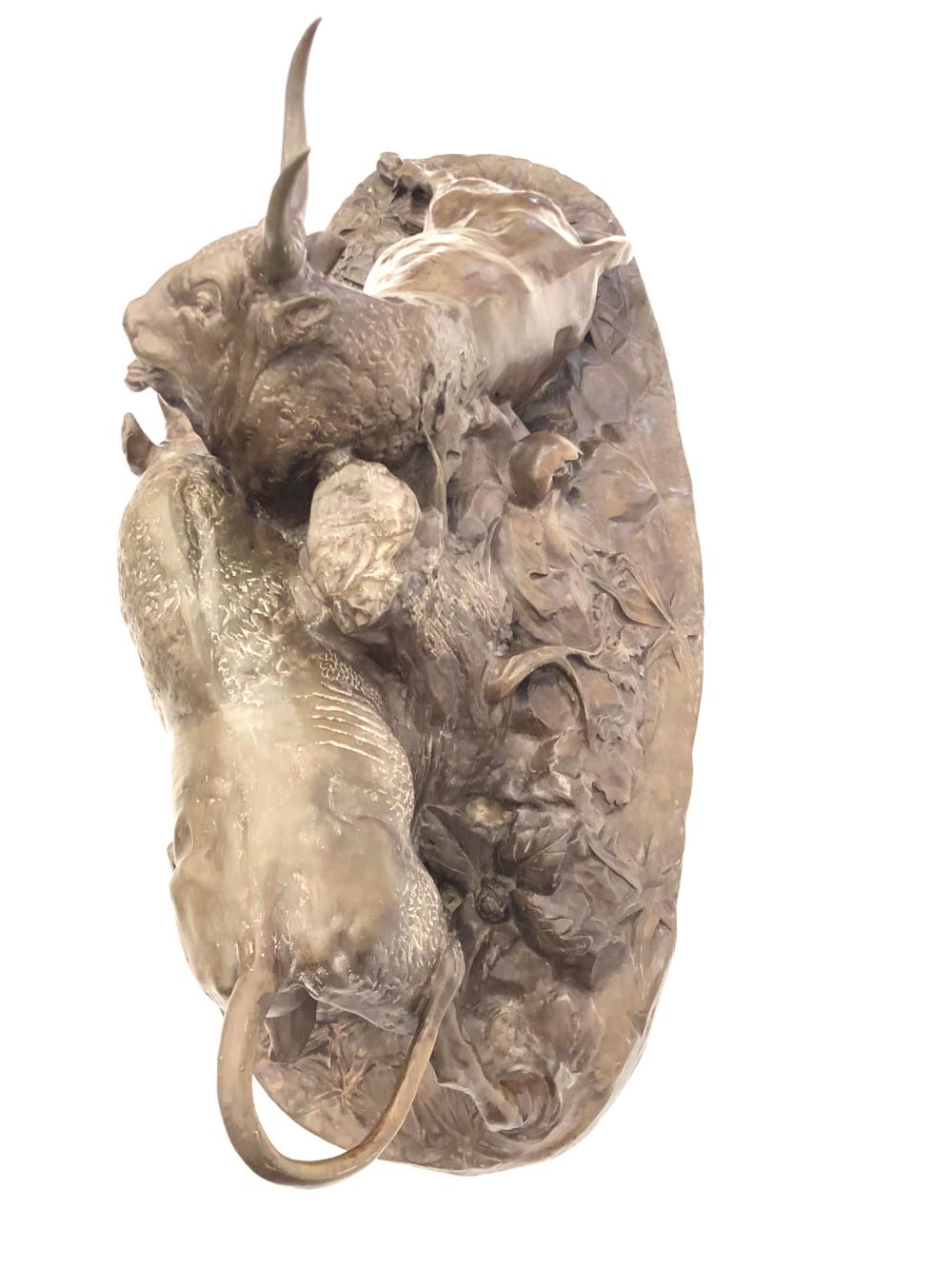 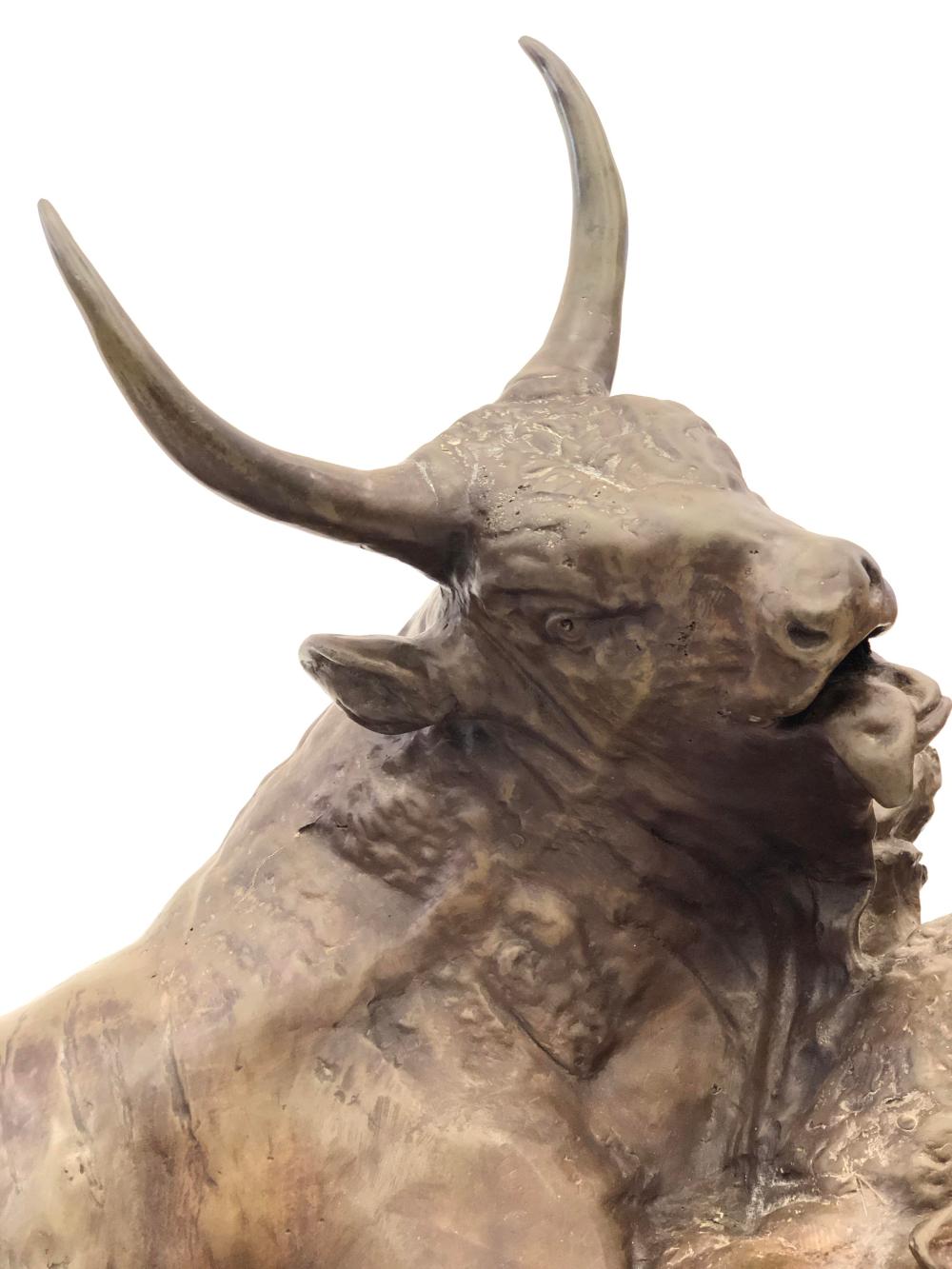 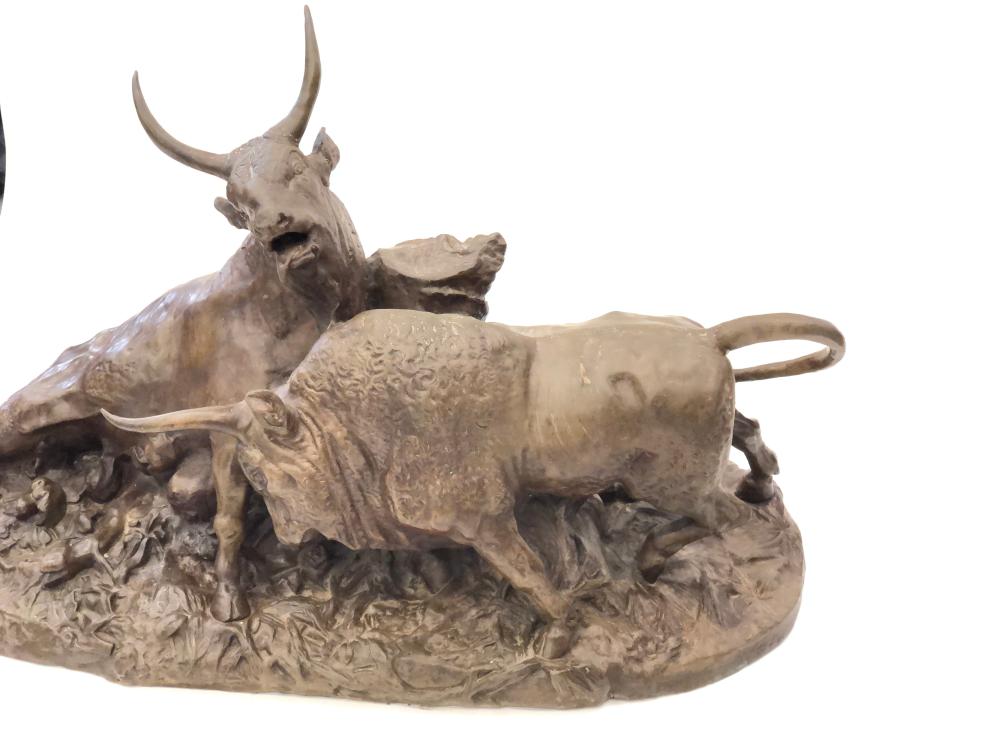 A heroic size, probably twentieth-century cast, of the battle of the Roman bulls by Jean-Baptiste Clésinger. Signed Clésinger on the terrace. Clésinger presented 'the battle of the Roman bulls' in 1862 at the "Salon des artistes Français" in a preparatory plaster version, with a full terrace. In 1864, he presented a marble version of the same statue. This statue was rather successful and several bronze versions have been cast in 4 different sizes by Barbedienne and Marnynac. In these casts the plinth has been cut back. Because of its size and because of the presence of a full terrace, probably the first plaster or marble version served as a model for this cast. This cast has a rich antique patina with green and brown highlights. This statue is substantial and weights about 300 kg.