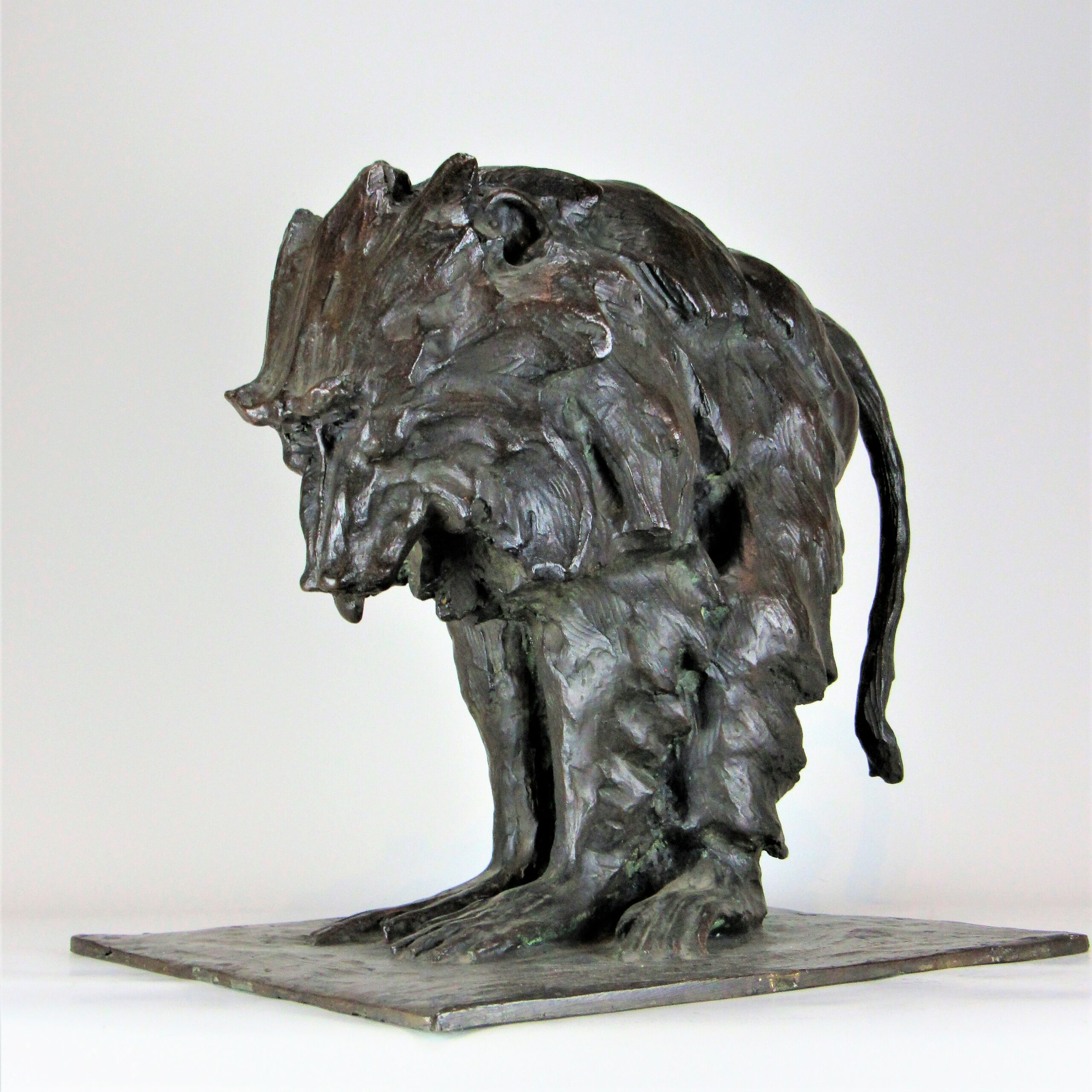 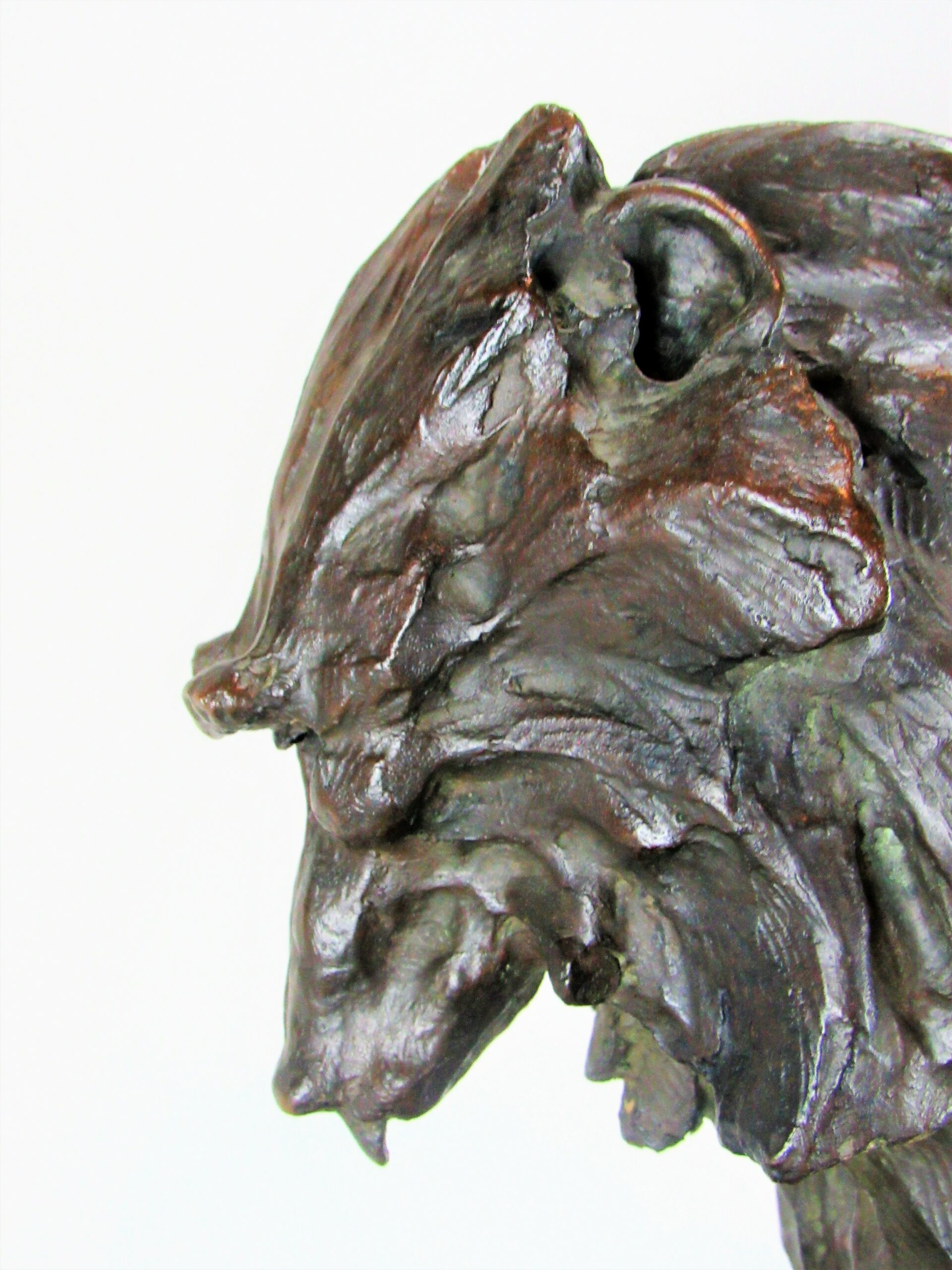 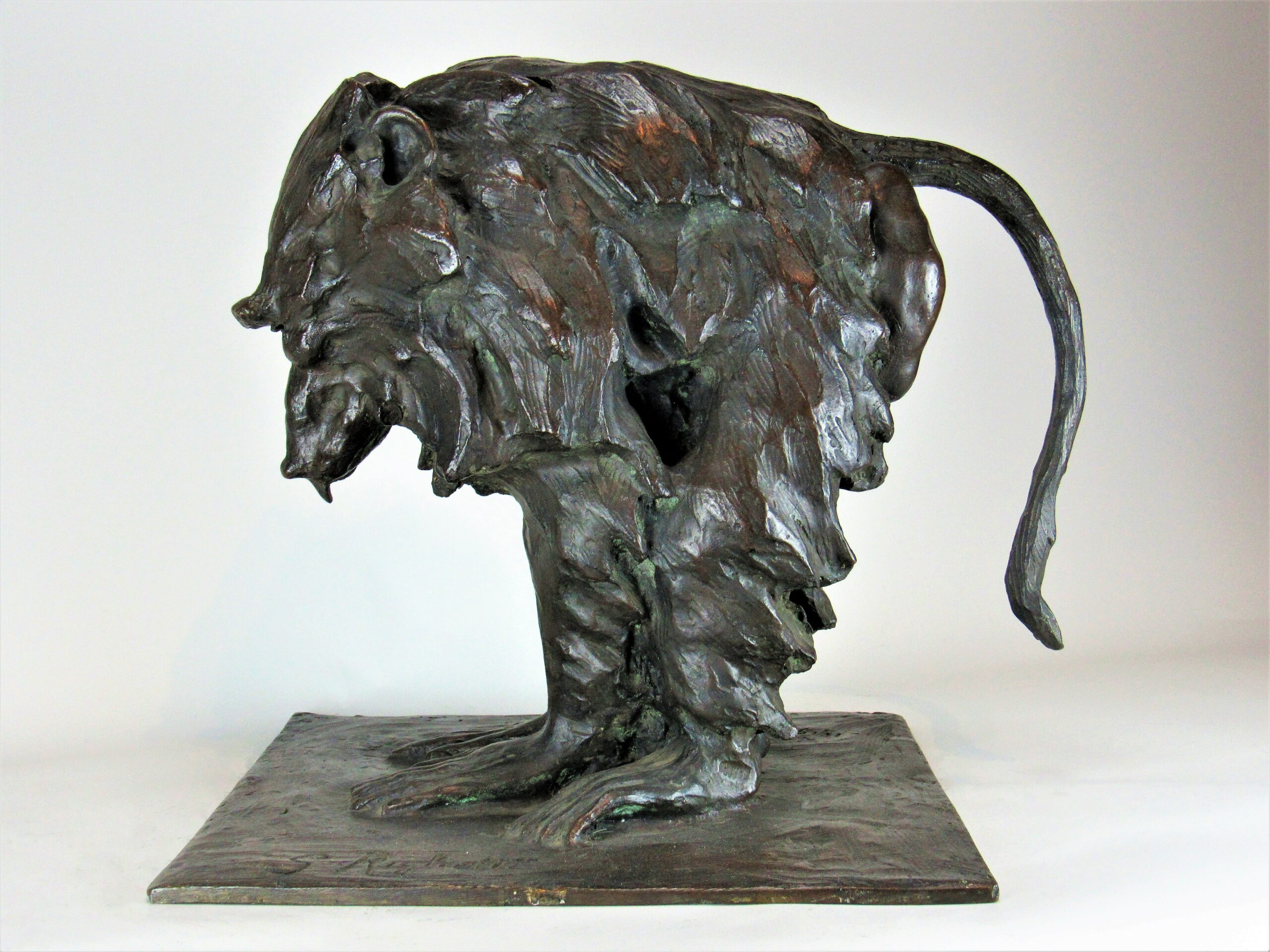 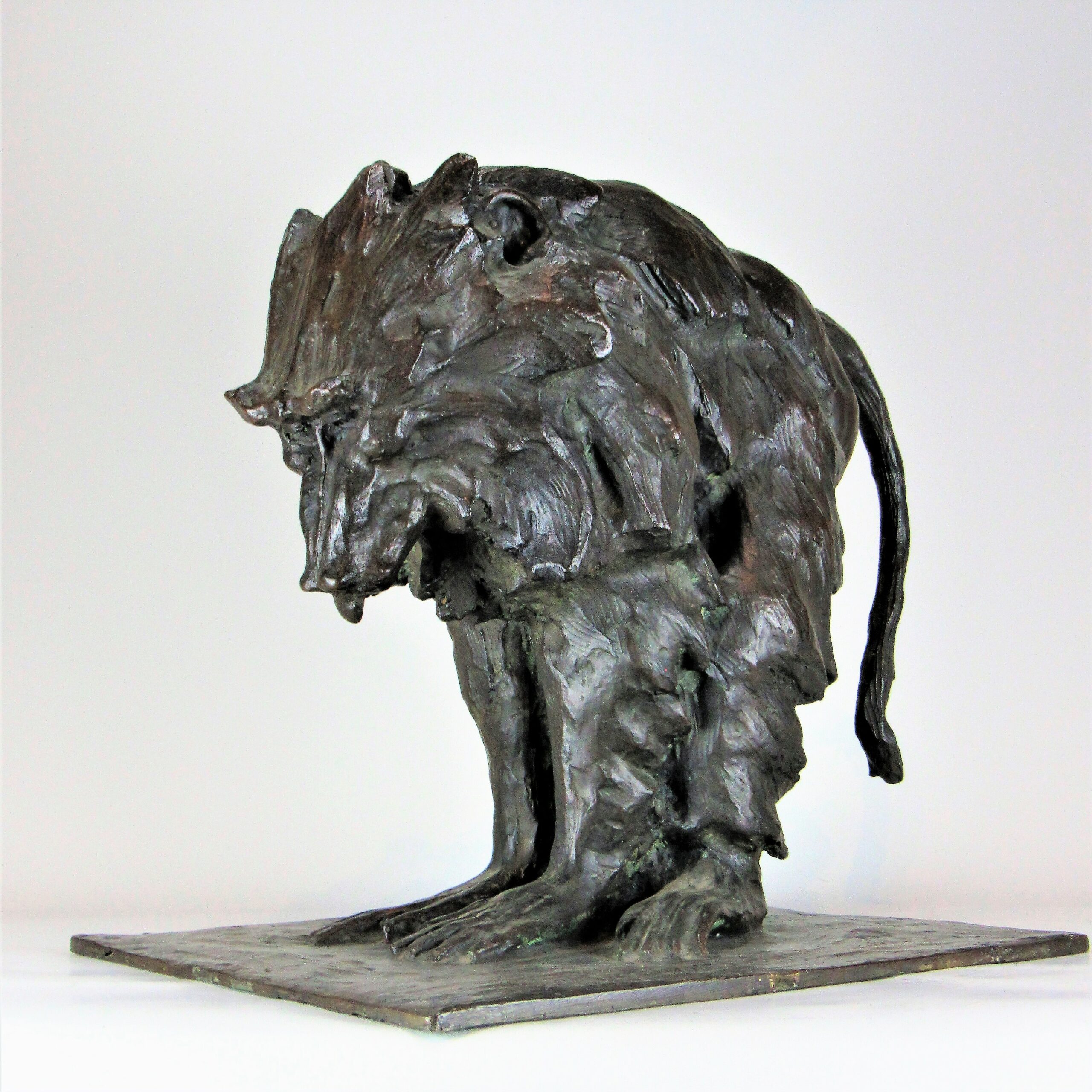 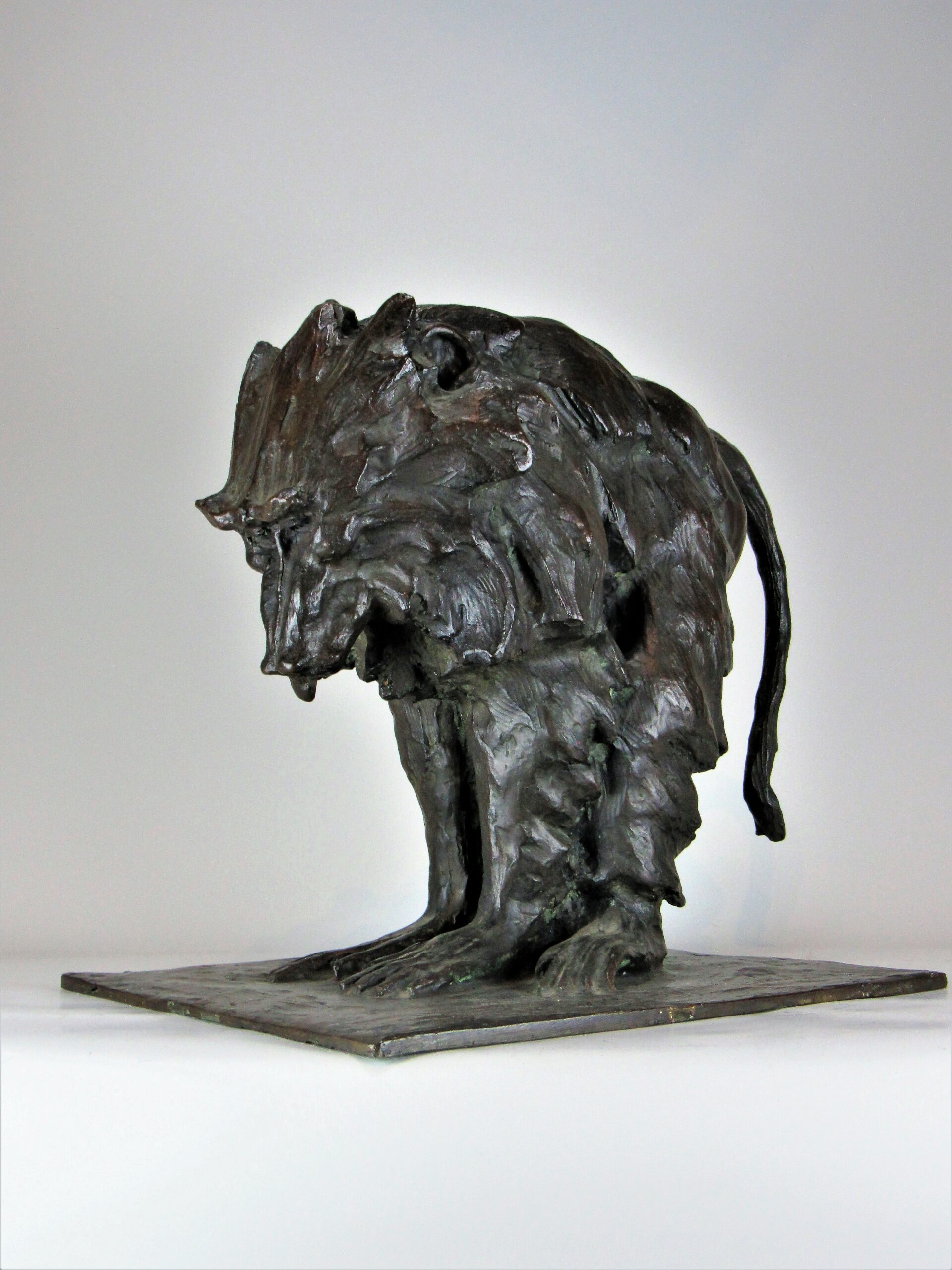 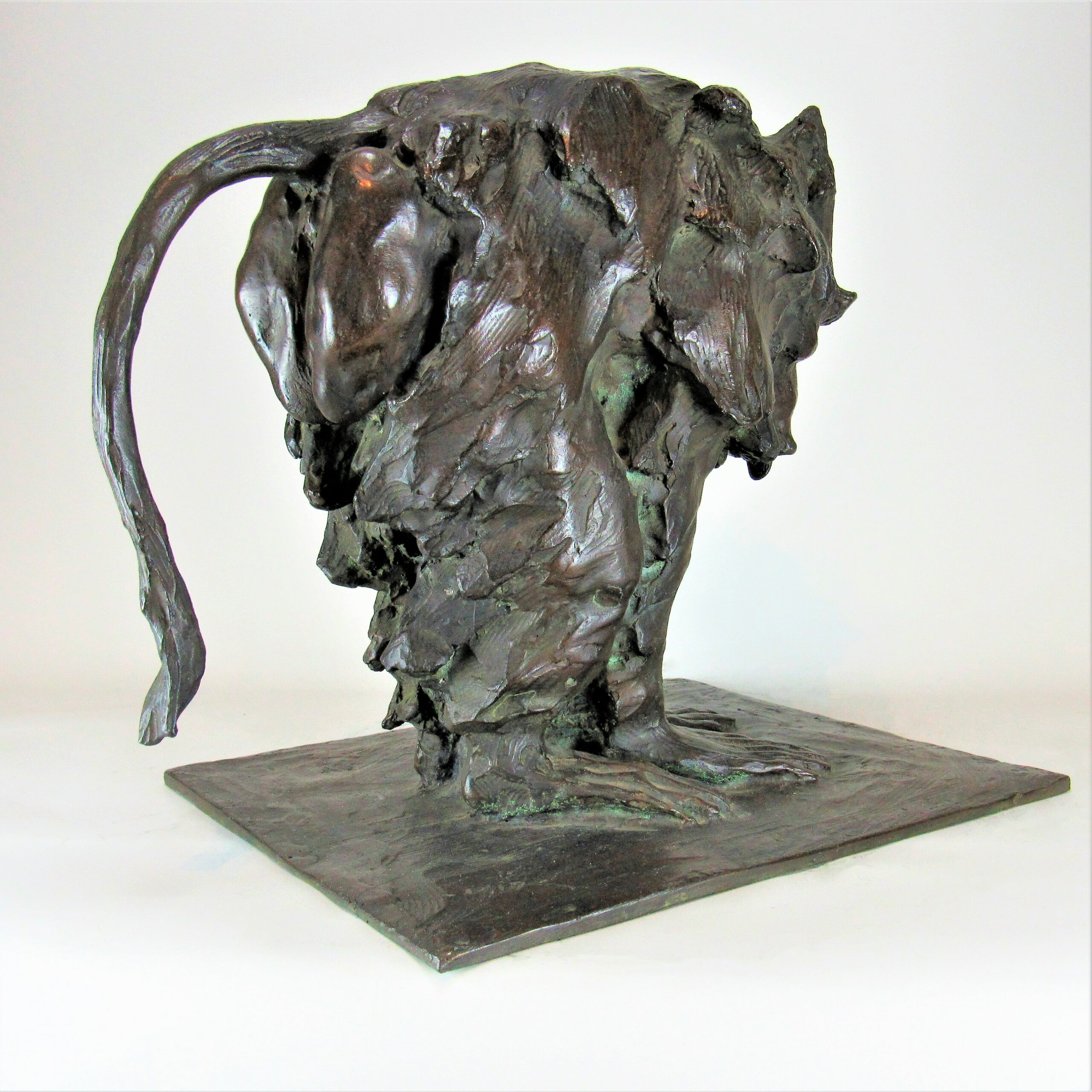 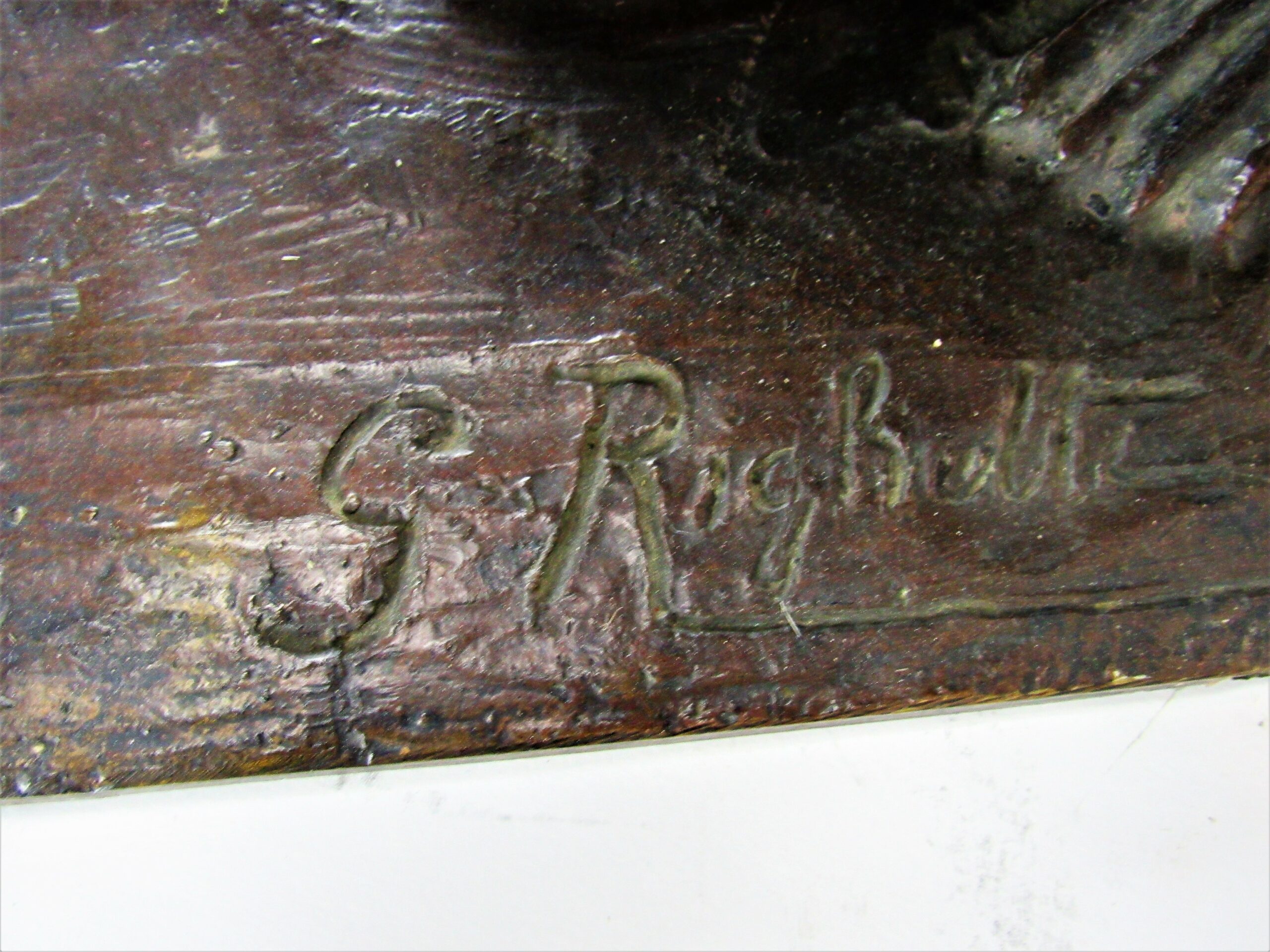 This statue by Guido Rigehtti (1875-1958) represents a male sacred Hamadryas Baboon in anger. Created in 1917. Righetti created another statue of a sitting Hamadryas baboon in 1923. This cast has a brown patina with red undertones. It is signed and dated. It is an old Italian cast which was made during the lifetime of the artist. The original plaster of this sculpture is now in the collection of in the Poulain museum in Vernon near Giverny in France. See also p. 40 Michel Polletti, Alain Richarme. Guido Righetti (1875-1958) Published by UDB 2007.