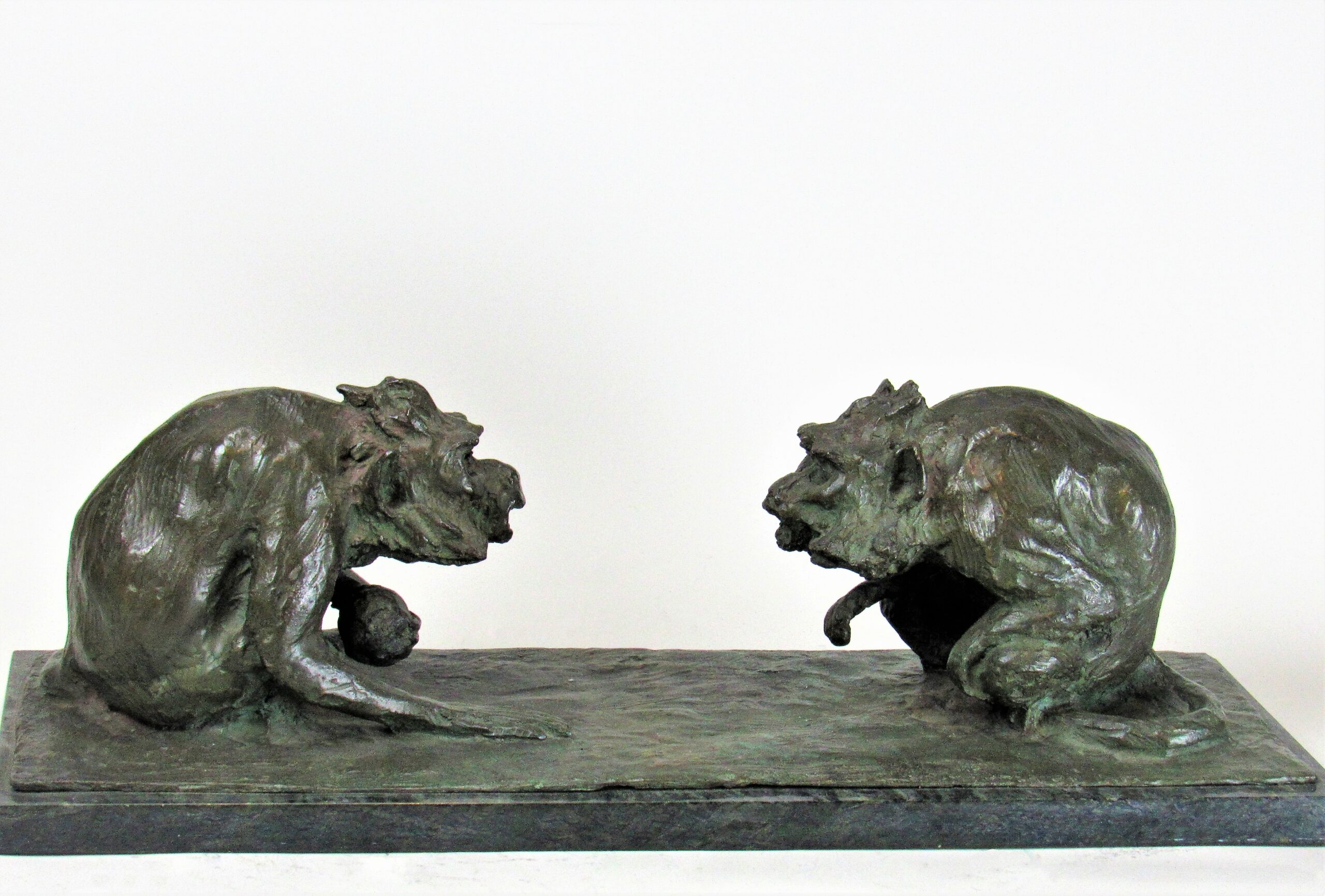 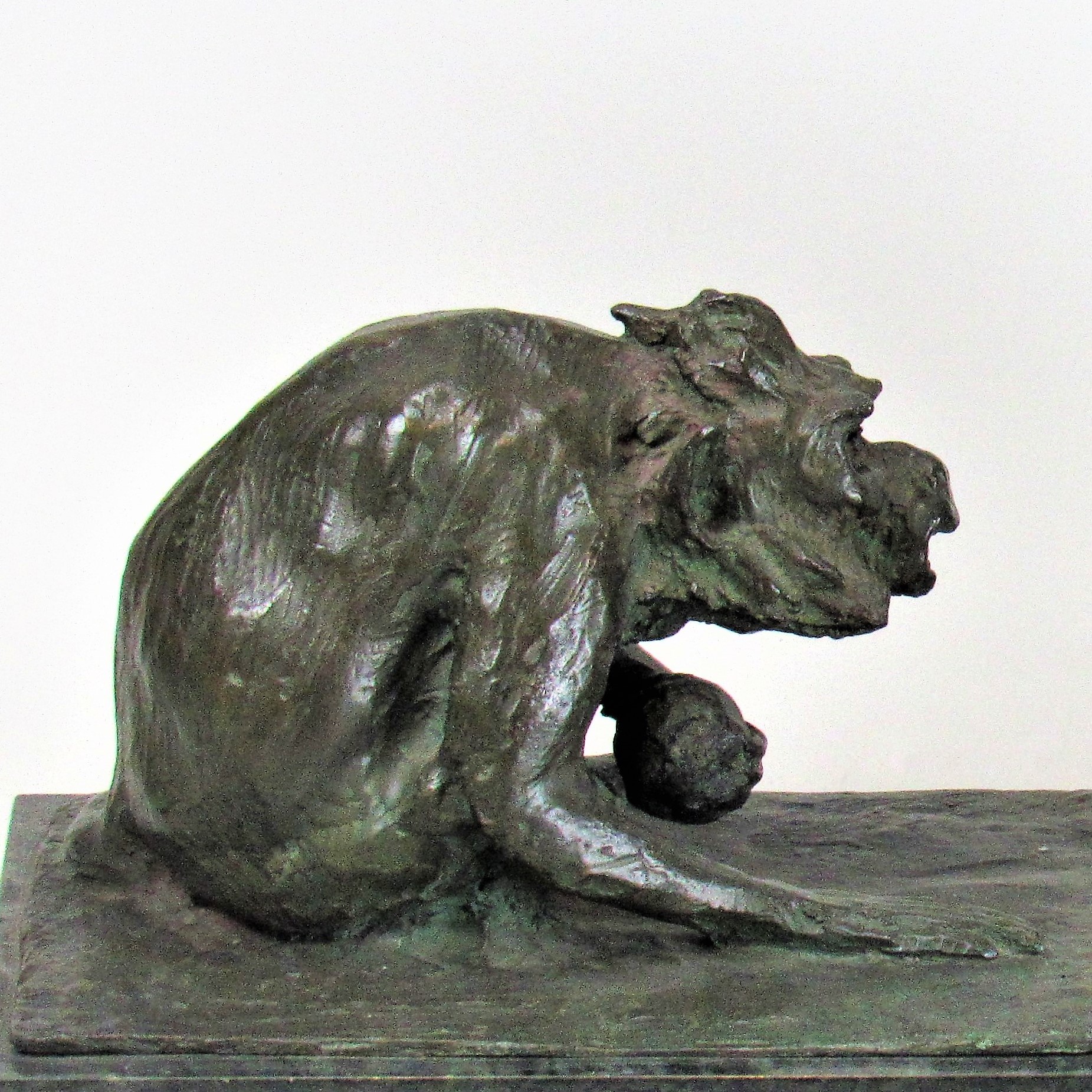 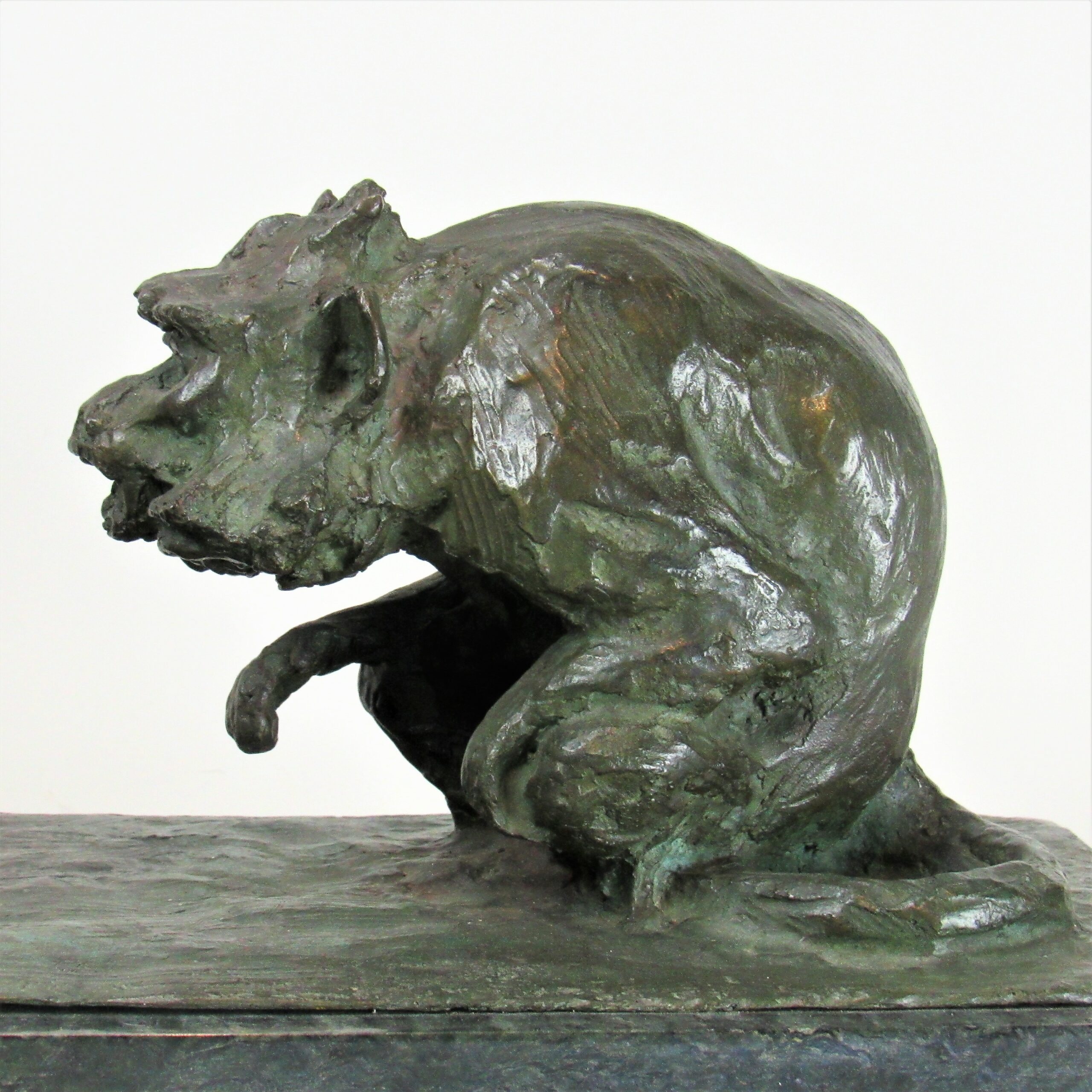 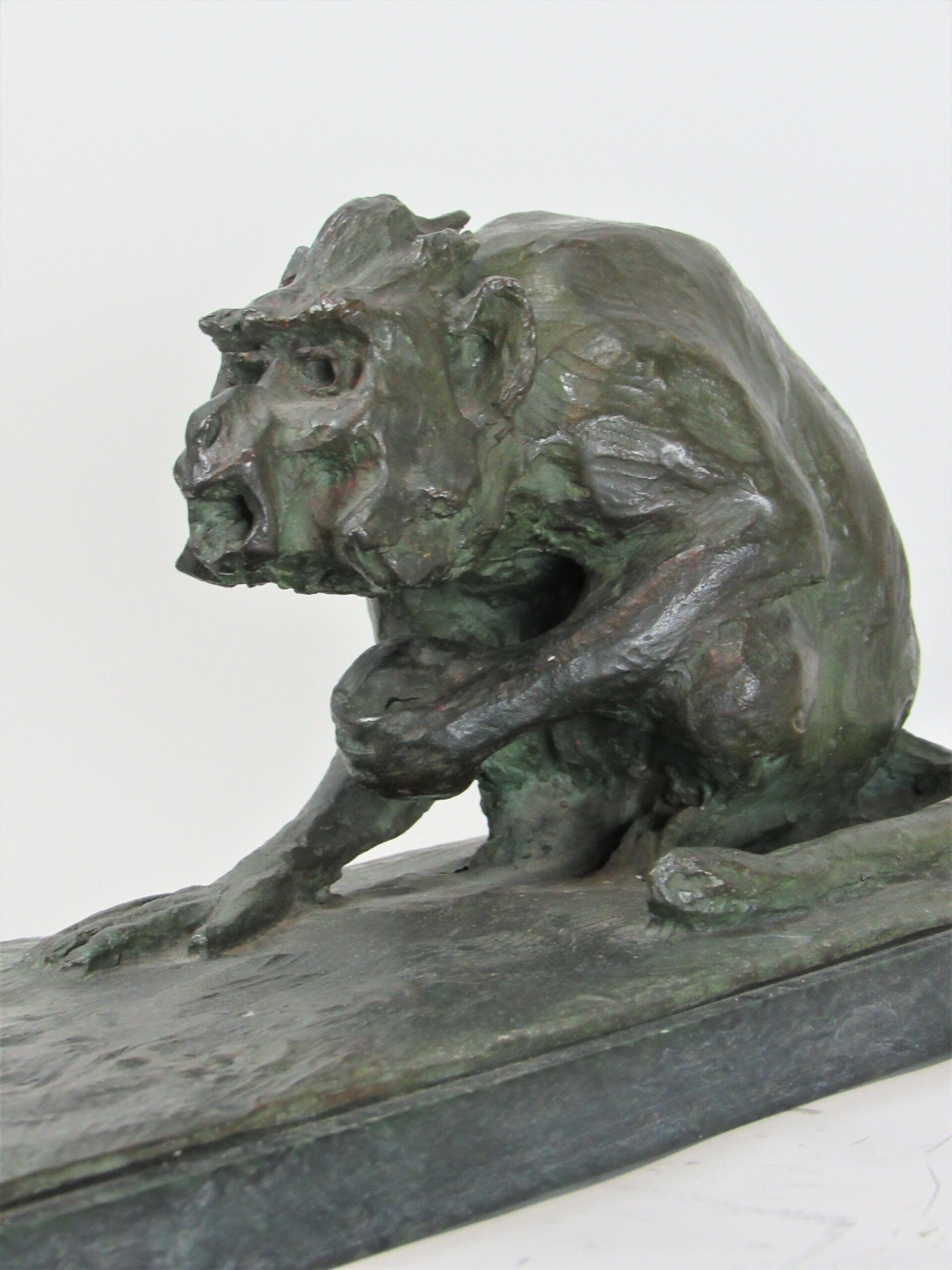 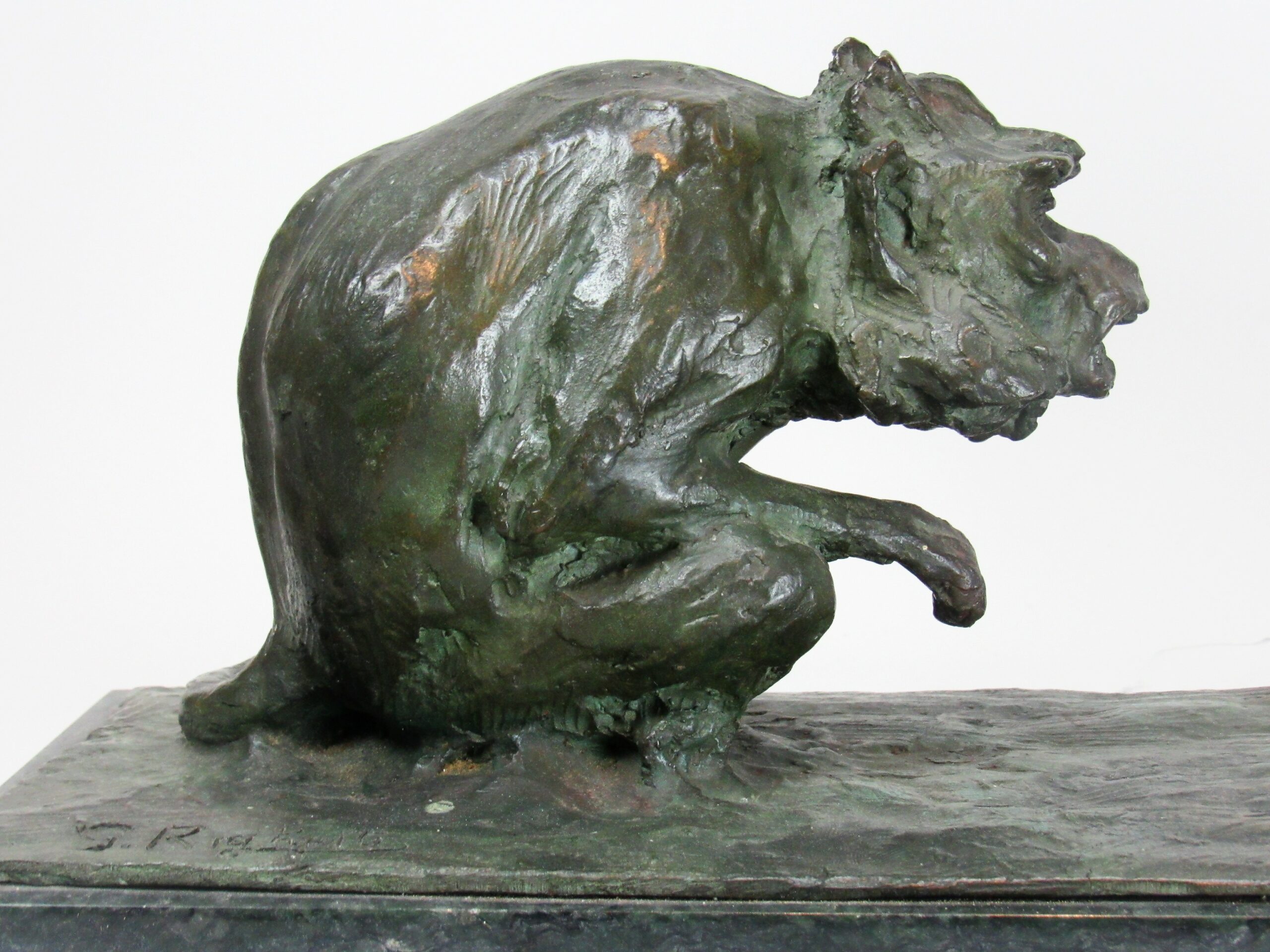 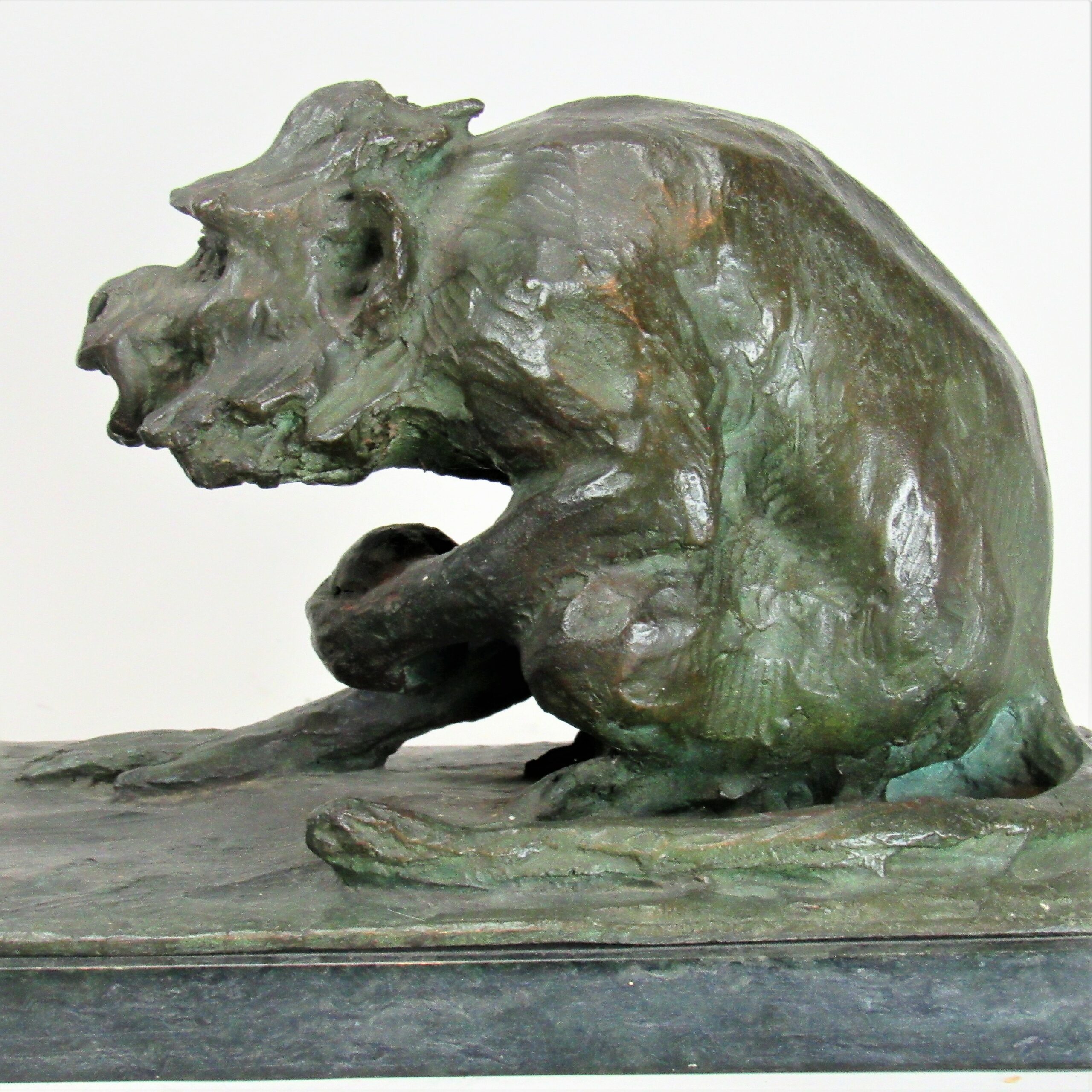 Baboons quarrelling over a ball

This statue from ca 1920 by Guido Rigehtti (1875-1958) represents two Guinea Baboons quarrelling over a ball. This is another example of the fact that Guido Righetti continued to rework his statues even after they had already been cast. In the catalogue raisonné on page 158, a similar statue can be found under the name Quarrelling baboons. In that version, it is unclear what they are fighting over, but in this cast, one of the apes holds a ball. The two apes in this group have also been cast separately later in Righetti's career. This statue has a green bronze patina with brown undertones and has a green marble plinth. It is signed G. Righetti and is an old Italian cast which was made during the lifetime of the artist.